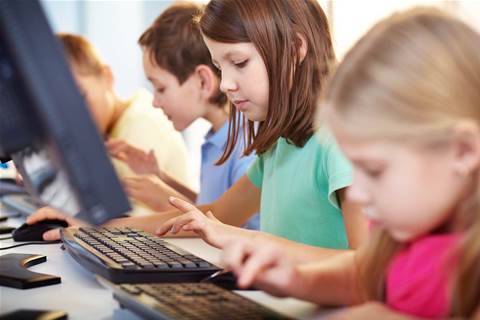 Bringing bandwidth up to between 40Mbps and 3Gbps.

Telstra and the Victorian Government have announced a $100 million combined investment to upgrade internet speeds for over 1,600 schools in the state.

Under this agreement, schools will receive upgrades to between 40Mbps and 3Gbps of bandwidth, depending on enrolment numbers so that each student will have access to minimum internet speeds of 1Mbps while on campus. This will mean an aggregated bandwidth of 870Gbps across these schools.

This approach means that students in the remotest areas should have the same minimum level of connectivity as those in city centres.

The telco said in a statement that its goal is to "provide equitable connectivity for all Victorian students as part of a Shared Bandwidth Bank. So, whether students are in Melbourne, Mildura, or Mallacoota they’ll have the same connectivity."

Telstra will be investing $40 million in capital works with a focus on bringing greater connectivity to schools in regional and rural areas. Upgrades have already been rolled out to 700 of these schools.

The upgrades will also provide access to faster speeds for the wider communities in the regions, including improved mobile data speeds and improvements for government agencies. It will also “lay important groundwork” for further network upgrades, including 5G, according to Telstra.

Telstra recently renewed its five-year, $1 billion dollar contract with the Department of Defence to supply it with critical network and telecommunications services, with options to extend the contract for up to three additional years.