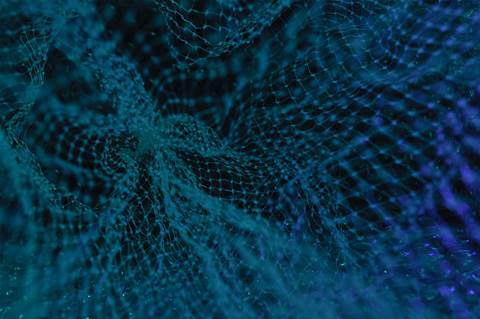 We’ve never been more dependent on the telecoms industry to work, live, study and help our children keep up with their schoolwork.

The series of lockdowns affecting major cities and regions across Australia has shown us how resilient we can be, quickly adapting to new digital ways of doing just about everything. But the telco industry – the overseer of the nervous system that underpins our new way of life – is failing us.

Two damning reports in September, the Telecommunications Industry Ombudsman (TIO) Annual Report, and the Consumer Policy Research Centre (CPRC) Sector Scorecard, showcase the data behind the constant frustrations Australian consumers and businesses deal with at the hands of their telco provider. Despite our increasing and accelerating reliance on this industry, we continue to be let down by systemic issues and service which ranks below that of mortgage and insurance providers.

We know these issues well – they’re too often the subject of frustration around the barbeque or dinner table – bill shock and complexity, poor user experience, the ironic and baffling inability to even contact your provider. At a time when small businesses are under so much pressure – and in some cases completely reliant on their data and voice services to do business – small business complaints have reached a three-year high according to the TIO report, which tracked ombudsman complaints over the last financial year.

Internet issues remain the biggest source of complaints, accounting for more than a third of overall complaints. Mobile services were a close second – just think about all the things you can’t do without internet or mobile connectivity. Telstra, which as Australia’s largest telco should be leading the charge in improving customer service, is instead culpable of an 11.3 per cent rise in its already staggering share of complaints.

One of the biggest issues at the core of the industry is the systemic offshoring of jobs and skills to other regions that has taken past over the last 20-or-so years. This was a failed strategy to begin with, but the pandemic really brought it home. As the CPRC report highlights: “many offshore call centres were forced to close due to international lockdown restrictions, and the slow onshoring of these staff may have led to customer service headaches.”

When an internet connection became our most essential tool, Australia’s major telcos couldn’t take calls from businesses and consumers as their call centre staff weren’t able to go to work. This all took place outside of our jurisdiction, and there was nothing we could do.

It is shameful that almost two years since the initial disruption of COVID-19, many customers are still unable to pick up the phone to their telco provider. What kind of wake-up call does the sector need to meet even the most basic levels of service?

I’ve worked in this industry for more than 20 years and seen this brain drain being driven by the should-be leaders of our industry. Telco wasn’t the only sector to follow the offshoring path to nowhere, but it was among its chief advocates.

Offshoring important skills and jobs is the definition of short-term gain for long-term pain – Australia has quite simply been left behind with a lack of skilled people available to connect technology to the needs of customers, as demonstrated by the findings of these reports.

My company, Macquarie Telecom, has been happy to buck this trend. We had previously outsourced our network operations centre (NOC) to a third-party provider within Australia. When that provider told us it planned to offshore those roles – we said no. It didn’t sit right with what we had always stood for as a business and as people: supporting Australian jobs and skills development.

Declining this so-called opportunity forced us to find an alternative, so we built a new NOC ourselves. This not only resulted in jobs saved and new jobs gained, a better customer experience and additional training for our graduate program, but money saved for our business. Everyone loses when you offshore.

My challenge to the telco industry is simple: recognise your bigger role in the digital world unfolding around us, and do better to service the people and businesses at the heart of it. Heed the warning from these reports – which far from paint the full picture of the customer service woes in this industry – and change.

Businesses that help companies adapt to the post-pandemic era and focus on customer experience will be the same businesses that survive and thrive in it. As it stands, many major telcos don’t deserve to be in the game.