Why curious, not just clever should be Australia’s new path 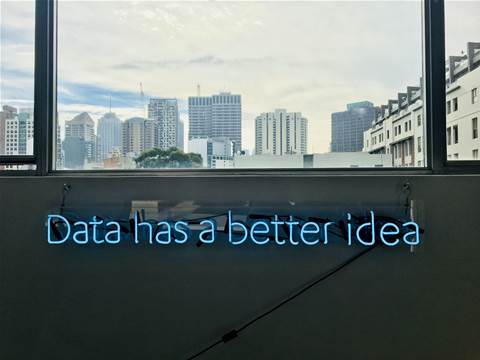 A quarter century ago the then Australian Government suggested that our country needed to move away from being the Lucky Country, to the Clever Country.

It was a culturally and politically significant moment for Australia. Rather than being reliant on natural resource industries such as mining or wool, our leaders said that the country needed to invest more into education, science and other fields. In the 25 years since this proclamation by the-then Prime Minister, this redefinition (or at least the need for it) has proved prescient. Today science fields are responsible for $292 billion in national economic activity each year, whilst sectors of the education industry were growing at up to 15% before Covid hit.

However, looking to the next few decades it would seem that we need to rethink our positioning again - a transformation from the Clever Country to the Curious Country. It is a shift that would have a profound impact on the way organisations think about talent and skill development.

There is probably no better example of the benefits of shifting from Clever to Curious than in roles associated with business data analysis. Their roles have become critical as we emerge from Covid-19.

The benefits to businesses include more effective stakeholder communication (51%), making faster strategic business decisions (49%); making their business more agile (45%) and increasing cross-team collaboration (42%). However meeting this need can be difficult for organisations prioritising cleverness over curiosity, particularly in the fast-growing area of data science and data analytics.

Right now, there’s more demand than available talent. According to the Federal Government, data science and data analytics form one of seven emerging labour force opportunities - where there has been a spike in advertised roles. Data scientists are typically equipped with computer or data science degrees, with a proficiency in statistical programming languages and other highly technical skills. Data analysts most often come from a business background, using statistical skills to monitor organisational performance and identifying opportunities.

Not only is talent equipped with these skills hard to find, it’s also expensive. Full time data scientist positions in Australia $130,000 per year, according to Glassdoor, with those with specialisations in areas such as big data around $200,000. By comparison the average wage of Data Analysts is around $85,000.  Fortunately, technology has gotten to a place where even those with less specialised analytics skills can use computing power to solve complex business and social problems. At Tableau, this is something that we see every day with our thousands of users around the country.

The YouGov study found data-driven companies will continue to place importance on investment in data skills - 82% of data-driven organisations are eager to increase or continue their existing level of investment this year.

This is encouraging in meeting the short term data talent need as well as important in developing leaders in the longer term. As Associate Professor Hume Winzar, Department of Actuarial Studies and Business Analytics, Macquarie University recently said, “it is becoming increasingly important for Australian knowledge workers to acquire data analytics and data visualisation skills. There is a real need for future business leaders to be able to make decisions and communicate them effectively using well-honed analytical skills and learning skills.”

Beyond training, there is also an onus on businesses to shape the cultural aspect - a widespread awareness that asking smart questions and probing results, which plays a critical role in moving companies and communities forward. As managers and senior talent leaders it’s critical that we play a role in promoting this cultural aspect. Not only does it help the country’s well-being but also directly helps the need for a more data-centric and capable workforce.