ACCC: 75 percent of NBN plans on at least 50Mbps speeds 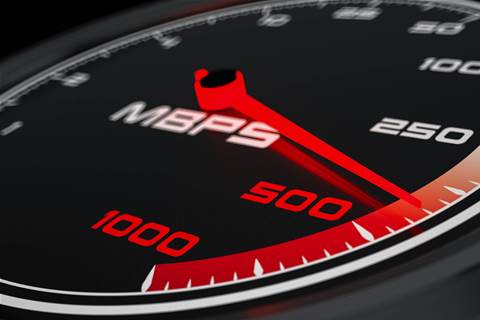 While 100Mbps and above remain stagnant at 17%.

Residential broadband customers are increasingly moving to NBN speed plans of at least 50Mbps, with about 400,000 upgrading in the June 2021 quarter.

According to the Australian Competition and Consumer Commission’s (ACCC) latest NBN Wholesale Market Indicators Report, almost three-quarters of all NBN wholesale connections are at speeds of 50Mbps or above, with 17.3 percent of all connections at 100Mbps or above.

“NBN Co’s incentives for retail providers, such as its ‘Focus on Fast’ promotion, have been welcome as many Australians work and study from home.

“Retailers may revert to standard pricing for premium services once a promotion ends, and we urge customers to monitor their usage to make sure that their service meets their ongoing needs,” Brakey said.

The ACCC recently took Telstra, Optus and TPG to court for allegedly making false or misleading claims on some of the 50Mbps and 100Mbps NBN fibre-to-the-node (FTTN) plans.

The claim was that customers still serviced by the legacy copper were seeing far lower speeds than the telcos were posting.

The report showed no shift in market share for the big four retailers, Telstra, Optus, TPG and Vocus.

Aussie Broadband saw significant growth, accounting for 26 percent of the wholesale services added in the quarter, lifting its market share to 4.7 percent.

*NBN ‘Wireless Plus’ services (2.4%) are excluded from the table, as they cannot be categorised by speed tier.