What makes Australian entrepreneurs stand out from the crowd? 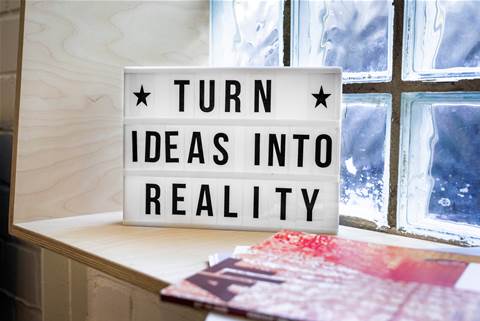 Australians are known all over the world for their ‘can do’ spirit, but what sets our local entrepreneurs apart from their global peers?

Entrepreneurs are a key component of the Australian business ecosystem, contributing more than $400 billion annually to the national GDP. In partnership with Frost & Sullivan, we recently conducted a study of entrepreneurs across the Asia Pacific region to understand what drives them. Close to 200 entrepreneurs in Australia responded, sharing what gets them out of bed in the morning and spurs them onto success.

Here’s what we found:

Aussie entrepreneurs stand out from the crowd

Striving to achieve gender equality is a global issue, and while Australia does tend to skew slightly more male dominant, 46 per cent of Australian entrepreneurs are female, compared to an average of 38 per cent across the rest of the Asia Pacific region. Just look to Australian business powerhouse, Canva. Melanie Perkins, who has led the graphic design business from start-up to unicorn.

Australians have turned to entrepreneurship for very different reasons. The study found that the motivating factor to launch their own businesses were very different in Australia compared to the elsewhere in the region. The biggest driver was to gain control and flexibility, with 37 per cent saying they were inspired by a better work-life balance, or the opportunity to be their own boss.

An entrepreneur who certainly bucks the usual 9-to-5 trend is Mark Kelly, who left his corporate job to follow his passion for surfing and launched Global Surf Industries. With all his core business systems in the cloud, Mark has shunned the office altogether, choosing instead to work from a yacht for up to half the year. By ensuring he has the correct tools in place, he can manage Global Surf Industries’ operations in over 70 countries.

Technology is the key to unlocking success

Last year, when businesses across the globe were thrown into uncertainty, digital tools became critical to keeping the lights on. The study found more than half of Aussie entrepreneurs regard their core business software as crucial to the success of their overall business. Reasons given included having the ability to maintain control, even when working remotely while maintaining visibility across the business.

A great example of a business thinking on its feet and adapting to change is Bladnoch Distillery. Across the world, when the hospitality businesses Bladnoch traditionally sold to were forced to close their doors to customers, the business was quick to shift operations online to continue the growth of their business. Despite global whisky sales down 25 per cent, the distillery grew its revenue by more than 20 per cent during this time.

There is no question that last year was a challenging one. However, one of the most encouraging findings in the study was the resounding optimism for the future from Australian entrepreneurs.

After a turbulent year, over 80 per cent of entrepreneurs in Australia emerged feeling confident about their businesses and next stage of growth. Half have gained new customers since the onset of the pandemic, and 40 per cent have become more profitable.

Countless examples of businesses who got creative and came up with ingenious ideas to adapt to new challenges have come out of the last year. Earp Distillery in Newcastle is a prime example. They quickly switched to manufacturing hand sanitiser in a bid to help other Australian businesses stay COVID-safe when sanitizers were in short supply.

Entrepreneurs are the engine-room of the business ecosystem and vital to a healthy, thriving economy. In this study, we found that Australian entrepreneurs are encouragingly positive, and that is down to not only their grit and determination, but also the tools and software they use to manage their businesses. Last year dealt a challenging set of cards, but with Australian business owners showing such optimism and confidence for the future, there’s a feeling that anything is possible.