How to see if Cambridge Analytica has your Facebook info 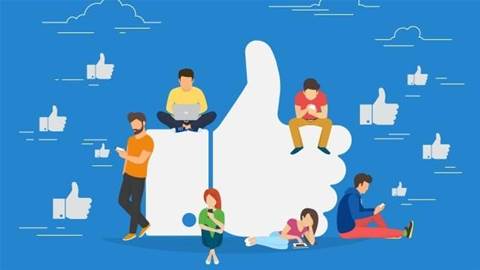 Facebook says 311,127 Australian accounts may have been affected. Here’s how to find out if yours was one of them.

The fallout from the Cambridge Analytica exposé shows no sign of abating, with Facebook’s Mark Zuckerberg appearing before the US Senate. In addition, Facebook’s own analysis suggests that the problem was worse than original reports claimed.

While early reports claimed Cambridge Analytica accessed data of some 50 million Facebook users without their permission, Facebook itself has now upped the number to 87 million potentially affected users.

If you or a friend logged in to the “This is Your Digital Life” app, then the controversial analytics firm got a profile of you, and it’s possible you were targeted with political ads based on this insider info.

Of course, the chances of you being part of the mix varies greatly by country. As Facebook’s chart below shows, while 70,632,350 American accounts are said to have been shared with Cambridge Analytica (around 22% of the population), only 0.4% of Australians were exposed. 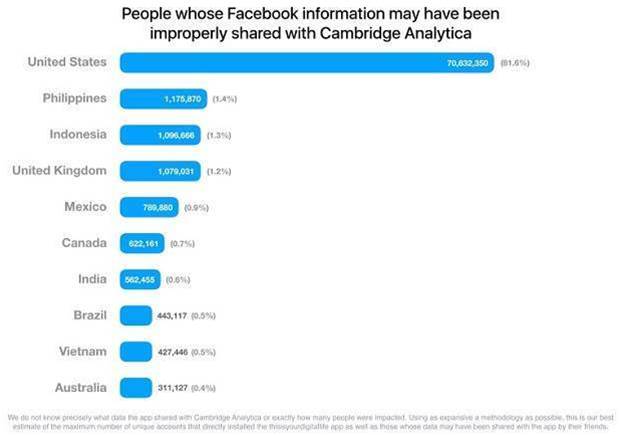 If you want to know for sure, Facebook has a ‘Was my information shared?’ page that makes it really simple:

This isn’t just a whitewash where Facebook gives everyone the all clear, though. BBC producer Katie Hile tweeted that her page reported unauthorised access. In this instance, Facebook provides you with data on what exactly Cambridge Analytica was able to harvest – in Hile’s case: her public profile, pages she liked at the time, her birthday and current city.

Well it appears I was one of those whose data was shared as a result of the @CamAnalytica scandal because a friend of mine logged into 'This is your Digital Life' @BBCBusiness pic.twitter.com/JJguKCiBsQ

How the data can be used

That may not sound like a great deal to go on, but demographically speaking you can work out quite a lot from that. In a UK general election, for example, location reveals what ward you would be voting in, and therefore whether or not it’s a close enough contest to be worth spending money on. Likewise, someone’s birthday reveals their age which can often be correlated with political perspective, while pages liked can reveal a lot more than you’d expect.

As The Guardian explains, people who liked the page “I hate Israel” on Facebook were also more likely to show their loyalty to Kit Kats and Nike shoes. Theoretically, that means that even if people haven’t shown any overt political opinions, companies could guess which political buttons to press to boost or suppress voter turnout.

Whether or not this shifted any votes or not is hard to say, and depends on who you ask, but it’s ultimately all conjecture. There’s just no way of conducting an experiment with two identical electorates in two identical countries with identical candidates to check.

The increase in the number of affected users to 87 million was buried towards the end of a blog post by Mike Schroepfer, Facebook’s chief technology officer.

The blog post also covered all the ways the company is intended to restrict data access in the wake of the scandal, including changes from phone number search (scrapped) and the logging of call and text history (heavily reduced), with Schroepfer then saying: “In total, we believe the Facebook information of up to 87 million people — mostly in the US — may have been improperly shared with Cambridge Analytica.”

In a press conference with journalists, Zuckerberg was grilled on these figures. Explaining that this figure was likely a worst case scenario based on the maximum number of connections that could have been scraped at the time, Zuckerberg added that “It very well could be less, but we wanted to put out the maximum we felt that it could be as that analysis says.” 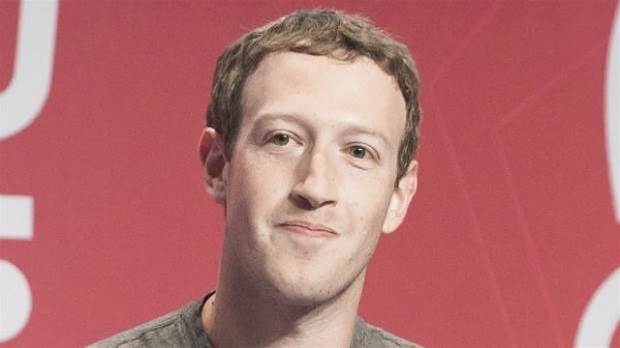 It’s not often Zuckerberg opens himself up to the press conference treatment, and the whole call is quite interesting as a result. You can read the full Q&A transcript here, but there are a couple of other points worth highlighting – like how Zuckerberg now says he regrets dismissing the idea that Facebook could affect elections back in 2016.

“I’ve said this already —but I think at this point that I clearly made a mistake by just dismissing fake news as “crazy”— as having an impact,” the Facebook founder said. “People will analyse the actual impact of this for a long time to come, but what I think was clear at this point is that it was too flippant. I should have never referred to it as crazy.”

He also contradicted reports from that Facebook wasn’t planning to roll out its implementation of the EU’s General Data Protection Regulation privacy rules: “We intend to make all the same controls and settings available everywhere, not just in Europe. Is it going to be exactly the same format? Probably not. We need to figure out what makes sense in different markets with the different laws and different places. But — let me repeat this — we’ll make all controls and settings the same everywhere, not just in Europe.”

Finally, Zuckerberg was pressed on whether he was still the right man to be running Facebook. “Yes,” he replied. “Life is about learning from the mistakes and figuring out what you need to do to move forward,” he added.

This feature includes articles on Facebook’s ‘Was my information shared?’ page and the increase of affected users to 87 million that originally appeared at alphr.com.