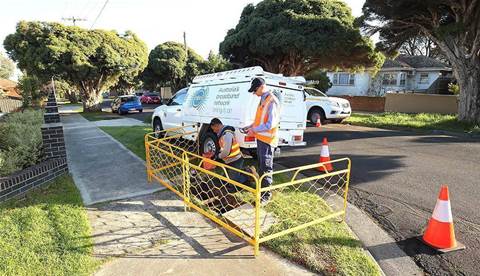 The network provider says 1.5 million premises will now get the faster FTTC technology, and it’s resuming its HFC rollout.

NBN Co has announced an increased use of fibre-to-the-curb (FTTC) technology. Previously, NBN Co said it would use FTTC to serve premises in areas where it previously planned to use the Optus HFC (hybrid fibre coaxial) network, and in places where premises are too widely separated for FTTN (fibre to the node) to be an economic proposition.

Just over a year ago, NBN Co said around 700,000 homes and businesses would be served by FTTC. But that has now doubled to nearly 1.5 million premises.

The big advantage of FTTC over FTTN is that it normally involves a much shorter run of copper cable, and that means speeds of 100/40Mbps – and potentially higher – are more likely to be achieved.

Among the latest premises to be scheduled for FTTC are those that were going to get FTTN but are a long way from the node.

NBN HFC going back on sale

In other news, NBN Co has announced that it is about to restart connecting premises to the HFC (hybrid fibre coaxial) part of its mixed-technology network.

At that time, the pause was expected to last between six and nine months. In the event, connections are scheduled to resume on 27 April, just five months later.

But the reintroduction will begin slowly, starting with around 1000 premises in Melbourne and Sydney. Another 38,000 will be released in Brisbane, Gold Coast, Sydney, Melbourne, Adelaide and Perth by the end of June. From July, the release rate is expected to be around 100,000 premises per month.

NBN Co's “check your address” service will be updated in the next few weeks, starting with premises that will be 'ready to connect' in the April to June period.

“We are pleased with the improvements seen from the additional work undertaken while sales have been paused on the HFC network,” said outgoing NBN Co CEO Bill Morrow. “We expect to see an uplift in customer experience as a result of these improvements.”

Commenting on the additional FTTC rollout, Morrow said: “The flexibility of the multi-technology mix allows us to choose the right technology for each area and deliver the project on time and on budget.