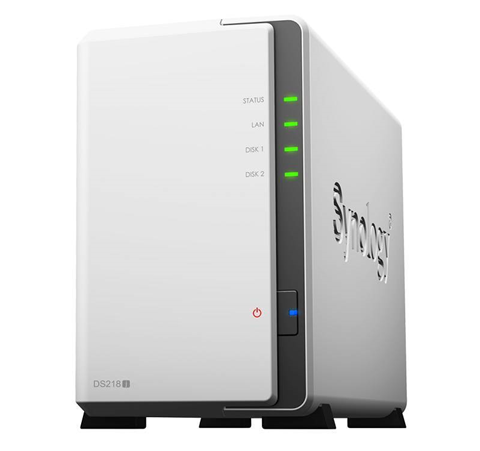 New network-attached storage appliances are aimed at small offices as well as homes.

The $260 DS218j is another two-bay model, but has a less capable processor (dual-core 1.3 GHz) and less RAM (512MB) than the DS218play, and also lacks the transcoding engine.  Yet it manages slightly higher read (113MBps) and write (112MBps) speeds. Synology trumpets the DS218j's energy efficiency, consuming 17.48W during peak usage and 7.03W when the drives are hibernating, but compared the DS218play does even better with 16.79W and 5.16W respectively.

All three models include one Gigabit Ethernet port and two USB 3.0 ports.