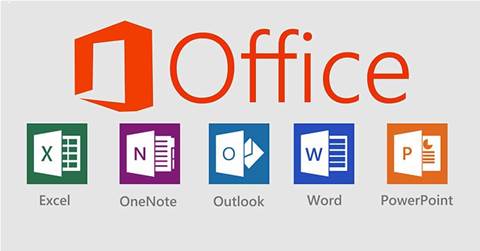 Preview versions of the desktop office suite are due to come early next year.

Microsoft has announced the launch of Office 2019, its desktop productivity suite that will come as a welcome upgrade for those who aren’t ready to move to its cloud-based apps.

Office 2019 will include Word, Excel, PowerPoint and Outlook, plus Microsoft's server software, including Exchange, SharePoint and Skype for Business, but has been designed for companies that are happy with machine-based software.

Microsoft explained that many of its features have been improved, including pressure sensitivity, tilt effects and ink replay to help users “work more naturally” when using Word.

For Excel fanatics, data analysis is more powerful, while those who like to create offline presentations using PowerPoint can add new vibrant effects to their work, such as morph and zoom.

New server-side updates make it easier to manage users and equipment on a network, with enhanced security for the enterprise, Microsoft explained. Meanwhile, while Skype for Business is slowly being merged into Microsoft Teams, it will get a new server release in the second half of 2018.

“Cloud-powered innovation is a major theme at Ignite this week,” Jared Spataro, general manager of Microsoft Office said in a blog post. “But we recognise that moving to the cloud is a journey with many considerations along the way.

“Office 2019 will be a valuable upgrade for customers who feel that they need to keep some or all of their apps and servers on-premises, and we look forward to sharing more details about the release in the coming months.”

Microsoft plans to start shipping previews of Office 2019 from early next year.