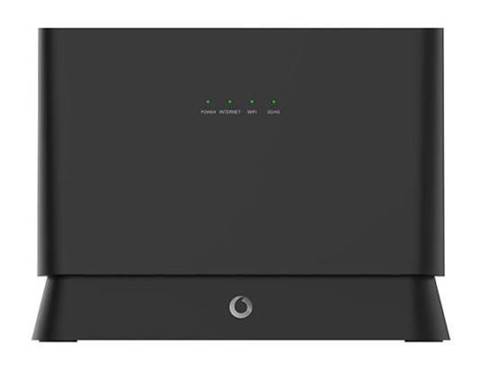 The mobile carrier has taken the wraps off its plans to move into fixed broadband.

Vodafone recently announced it would provide its NBN customers with a 4G backup service, and now it has revealed some of the details of the plans it will offer.

Other distinguishing features include 30 days to break the contract if not satisfied, a speed test on the line during the first 15 days of activation, the option to change plans once every billing cycle, and bonus data for customers on Vodafone post-paid mobile plans.

“We're really keen to be transparent and work with customers during the connection journey. There are a number of factors that affect speed and some of them we will only know after connection. This is why we're going to do a speed check after the service activation to make sure our customers are on the right speed tier plan for their needs,” said general manager of broadband Matthew Lobb.

All of Vodafone's plans include unlimited data, and are offered on 24-month contracts with a free Wi-Fi router, or month-by-month in which case there's a $150 charge for the router.

Vodafone is offering plans based on all four widely available speed tiers (12, 25, 50 and 100 Mbps) – some retail service providers are choosing to avoid the 50 tier.

Not surprisingly, given its unlimited mobile plans, Vodafone is not offering fixed phone services. Those who want such services can turn to 'over the top' providers such as MyNetFone.

Full details of the plans were not shown on Vodafone's web site at the time of writing, but you can register interest here.

Services will be available initially in Sydney, Canberra, Melbourne, Geelong, Newcastle and Wollongong, extending to the rest of the country in 2018.