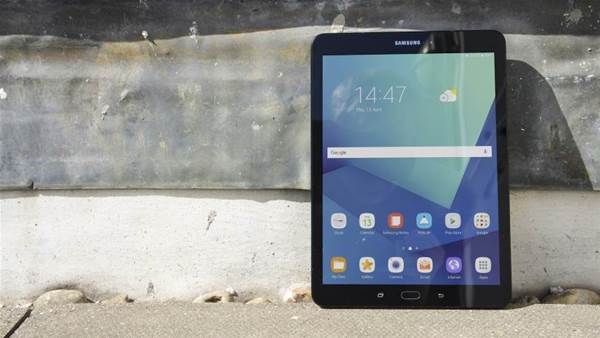 Samsung's new premium tablet is a great device, but how does it compare with the iPad Pro? We put it to the test.

The 9.7in Samsung Galaxy Tab S3 is clearly aimed at the same market as Apple’s 10.5in iPad Pro. It’s a good looking, powerful device that (unlike the iPad Pro) comes with a pressure sensitive stylus in the box, and there's also an optional keyboard that looks very much like the iPad Pro’s Smart Keyboard cover.

This means that, like the iPad Pro, the Galaxy Tab S3 is meant to be more than just a consumption device for reading, watching video and so on – it’s designed to be used for work as well.

The good news is that Samsung has really created a nice design with the Galaxy Tab S3. It has a high-resolution AMOLED display (2,048 x 1,536 pixels, which is identical to the iPad Pro), 2.2GHz quad-core Snapdragon 820 processor, 4GB of RAM and 32GB storage.

The display is the kind of thing Samsung executives will be proud of and with some justification: it’s bright and generally easy to read – although it is AMOLED, with the pluses and minuses that involves. Black really is black, contrast is effectively perfect and colour coverage is excellent.

However, AMOLED can look a touch over-saturated and that includes the Tab S3 in the default colour mode. Fortunately, for those with sensitive eyes, there’s a selection of different colour profiles that can be used to tone things down.

Again, like the iPad Pro, the Galaxy Tab S3 has four speakers, with an AKG-branded ‘quad-stereo’ array, which automatically detects the orientation you're holding it in. It sounds OK – streets ahead of anything with only one or two speakers – but a little less crisp than Apple's equivalents. 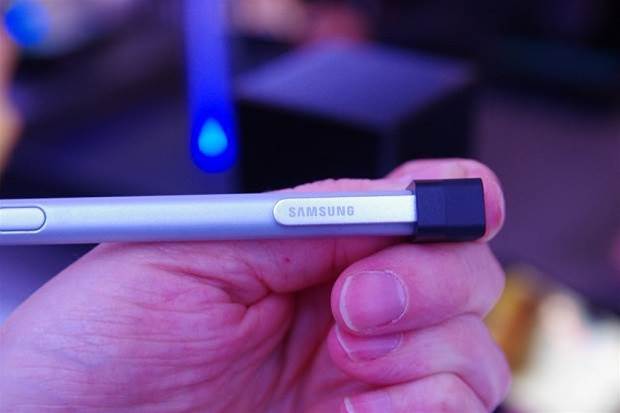 Where the Galaxy Tab S3 has a clear advantage is the included S-Pen. We’re generally not big fans of Samsung’s software, but the way the company has worked to make S-Pen more useful is impressive. Yes, you can simply use it as a simple pen with third-party apps such as Microsoft OneNote, but hover the pen close to the edge of the screen and you get a pop-up menu of useful options for note-taking, screenshots and more. It’s well thought-out and genuinely useful.

However, the S-Pen isn't perfect. We gave the Tab S3 and S-Pen to a designer evaluate as a drawing implement. Their view was it wasn’t as fluid as the Apple Pencil, with noticeably more lag when drawing and (at least in the Samsung Notes app) and a little lack of sensitivity that requires a bit too much force to activate. 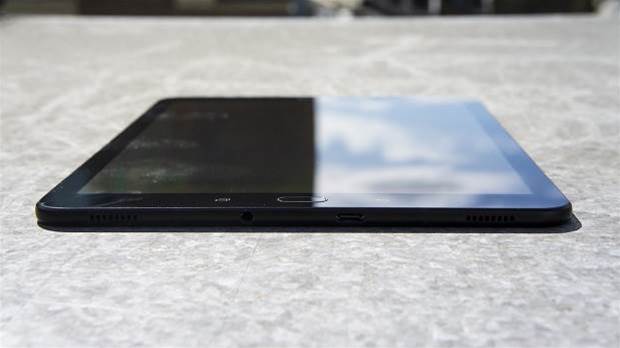 On the upside, the device recharges speedily via the USB Type-C port on the bottom. If there's one positive thing we're seeing across tablets and phones this year, it's the widespread use of USB Type-C.

If the Galaxy Tab S3 is intended, like the iPad Pro, to be something you can replace a laptop with, that’s where you run into the limitations of Android as a tablet operating system – even Android 7.0.

First, the good points: as we mentioned above, Samsung’s custom software for the S-Pen is impressive. And unlike the situation a couple of years ago, there are now Android applications that can do some serious work. Microsoft’s core Office applications, which are all now on Google Play, are preinstalled on the Tab S3 and they’re very good. Likewise, you’ll find Trello, Slack and other work essentials available.

But multi-tasking remains even less elegant than the equivalent on iOS. Some apps – for example Facebook – simply don't work well with the split-screen system, and many still don’t work in landscape orientation. 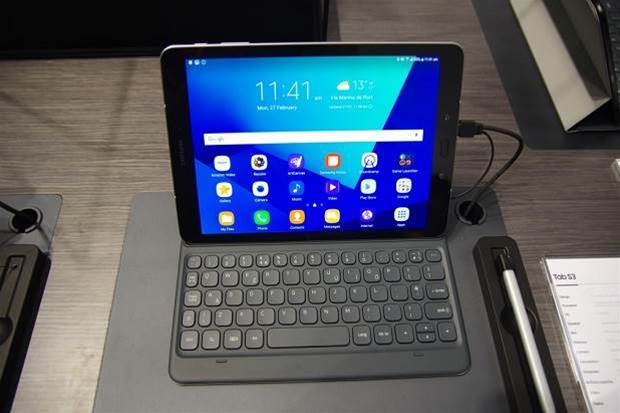 That said, we feel the new iPad Pro has the edge, given its outstanding performance and more tablet-friendly operating system. Alternatively, the standard 9.7in iPad is great value at half the price of both the iPad Pro and Galaxy Tab S3.

On the other hand, if you prefer to stay with Google’s platform, there is no better Android tablet than the Galaxy Tab S3. And with its bundled S-Pen stylus and useful accompanying apps, the Tab S3 is ideal for note-taking in business meetings and the like.