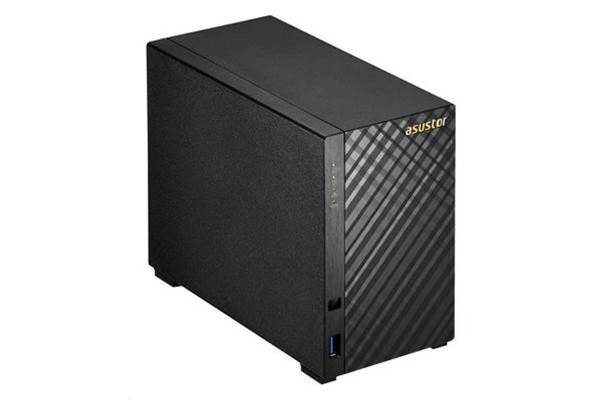 On first impressions, the Asustor AS3102T seems like your average barebones network attached storage device. Once you remove the side and top panels, which are joined as one single unit, the two drives screw directly into the chassis. This construction doesn't do much to dampen the noise; it makes a surprising racket.

Asustor doesn't help its case for user-friendliness by providing its quick-start guide on CD, while advising those without an optical drive to visit the website to download it, along with the Control Centre utility required for initial setup.

On the plus side, it's a friendly tool that makes it easy to find and then initialise your NAS and drives, complete with a download of the latest firmware update.

Once up and running it's more impressive. For a start, the user interface offers a modern desktop look and feel that makes it easy to add new users, create shared folders and configure them with options such as encryption. You can also install a fine range of apps, covering everything from essentials such as backup and sync to Dropbox or Google Drive, to the more adventurous: mail servers, media servers and even web-hosting stacks.

While we encountered some trouble convincing the AS3102T that our router supports UPnP, setting up remote access isn't otherwise difficult, and proves effective in use.

That's not the end of this drive's strengths. A well-designed iOS and Android app, AiMaster, can monitor and configure the NAS or even install new apps, while an optional Wi-Fi dongle turns it into a wireless resource. The AS3102T also has an HDMI output, enabling it to work both as a media player and a media server, should you want to hook it up to your TV. For this application, Kodi makes a sensible front-end.

For all this, the AS3102T's biggest advantage is speed. Using two 6TB WD Red drives installed it reached average speeds of 99MB/sec writing and 104MB/sec reading in our large video files test, while it processed our 10.7GB collection of small files at an average speed of roughly 40MB/sec. Not the fastest NAS device we've seen, but it's close.

Other models have it beaten on ease-of-use or sync and sharing features, but this is one impressive entry-level two-bay NAS.