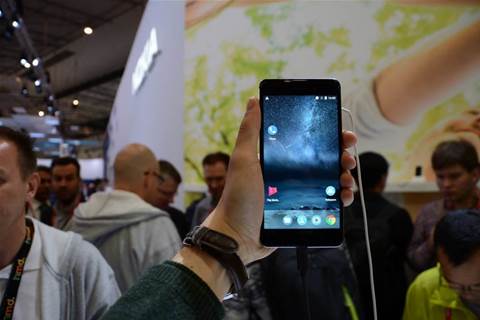 Nokia is releasing its first flagship Android smartphone since being sold by Microsoft, and it could be very good value indeed. We give our first impressions.

This year’s Mobile World Congress felt oddly nostalgic for a future-looking event. Not only did BlackBerry splutter back to life after hitting 0.0% of the world’s mobile market share, but Nokia too was on the comeback trail.

True, much of Nokia’s thunder was stolen by a handset that boasted the great innovation of a 2 megapixel camera and a colour version of Snake, but it’s not just a revival of the 3310 feature phone: After being sold to Microsoft, then taken back by Finnish company HMD Global, Nokia is back with smartphones too. And leading the pack is the Nokia 6.

No longer hamstrung by having to use Windows as the operating system, and free to join the Android party, is this a flagship that’s going to make Apple and Samsung lose any sleep?

The term “flagship” is, of course, relative. And to answer our question above: no. This may be the most advanced smartphone Nokia will be selling at the start of their comeback (though there were plenty of hints of a Nokia 8, so watch this space), but it’s mid-range by everyone else’s standards. 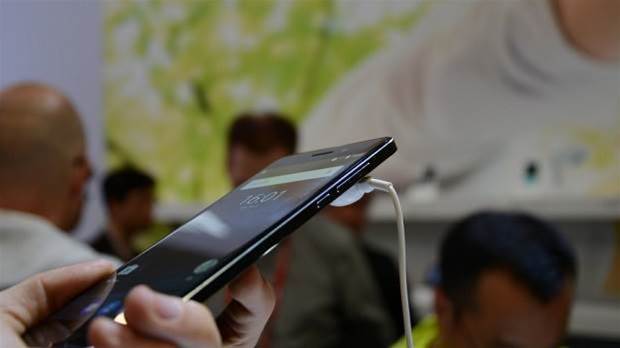 You’re looking at a 1.1GHz Qualcomm octa-core Snapdragon 430 processor, backed by 4GB of RAM – which are mid-range specs, make no mistake, but Nokia has been generous with the pricing accordingly.

Australian availability and pricing weren’t announced at MWC, but Nokia said the 6 would be launched in the second quarter of 2017 in the Asia Pacific and elsewhere at an “average global retail price” of €299 (around A$419).

If the Nokia 6 can land in Australia at under $450, that will be very good value considering it's offering 64GB of internal storage, a 16-megapixel rear camera, and a 5.5in IPS Full HD display. The whole thing will run Android Nougat.

We got to try out the Nokia 6 at MWC and our first impressions are pretty good considering the price point. The 5.5in IPS display has a pixel density of 403ppi, and while it wasn’t as flashy as some of the other handsets vying for attention at the show, it’s undeniably a decent screen. It’s both bright and clear, and you can’t really have any complaints.

Just because a phone’s innards aren’t the most flashy, doesn’t mean you can’t make the handset look good, and Nokia has done an excellent job with the Nokia 6. Its chamfered edges are amongst the best we’ve seen recently, and it fits pleasingly snuggly in the palm of the hand – no mean feat for a 5.5in handset.

And what’s this? A fingerprint reader! Welcome to 2017, Nokia, you’re going to like it here.

It’s also got Dolby Atmosphere certified speakers at the bottom, which is promising. How good they are, we can’t really say at this point – suffice it to say that busy conference halls don’t make ideal testing grounds, but we’re looking forward to putting them through their paces in time.

Nokia’s most recent attempt at smartphones always had impressive cameras built-in, so we’re optimistic for the snapper on this one. The rear camera is a 16-megapixel affair with an f/2.0 aperture with phase detection autofocus. The front camera is half the megapixels, but even that is overkill for Skype and selfies. 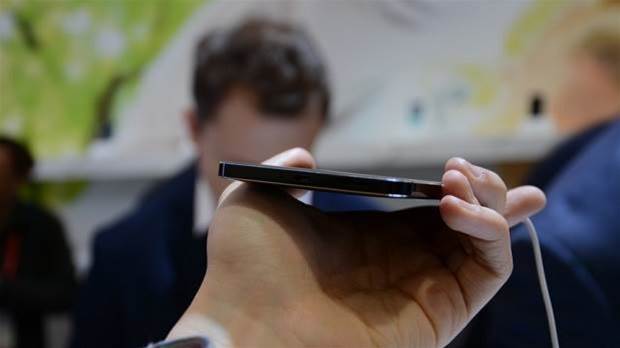 And 64GB of storage is generous at this price – but if that’s not enough, there’s room for a microSD card of up to 128GB in size. Inside is a 3,000mAh battery, though sadly it’s not removable like the good old days.

It’s safe to say that Nokia’s return to the world of smartphones isn’t going to set the world alight, but that’s probably quite a smart move. The high-priced top end of the market is saturated with wannabes, and yet barely any can land a punch on Samsung or Apple – the mid-range area is a far softer target for Nokia to make its second mark on.

Stay tuned for a full review, when we get our hands on an evaluation unit soon.