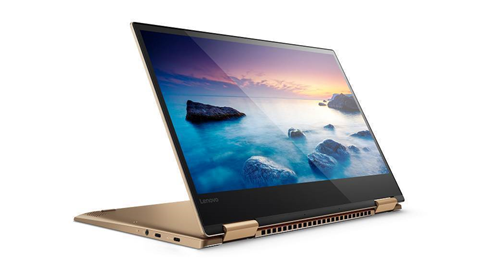 Lenovo's latest 13in and 15in hybrid laptops offer options for 4K displays, 1TB SSDs and dedicated graphics, but at what price?

Lenovo’s Yoga lineup has always been about versatility. These 2-in-1 laptop/tablet hybrids are seriously portable, but they’ve typically been a little underperforming compared to their clamshell counterparts. This year’s Yoga 720 could well defy those preconceptions, with options for seventh generation (Kaby Lake) Intel Core i7 processors, 4K displays, 1TB PCIe solid state drives and dedicated graphics.

Designed as a mid-range or premium Windows 10 hybrid laptop (depending configuration), the new Yoga 720 comes in two distinct flavours – a 13.3-inch model and a more expensive, 15.6in counterpart. 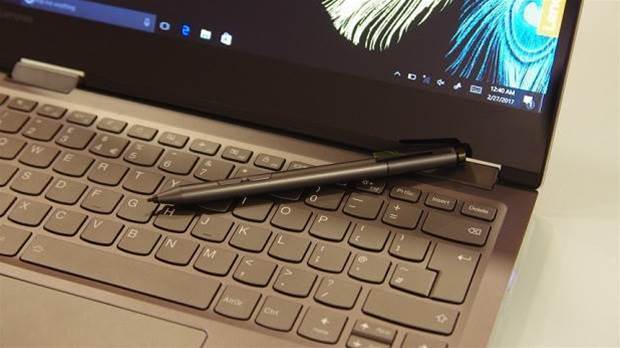 Can they make a dent in the already-oversaturated hybrid market? We managed to get hold them at this year’s Mobile World Congress for some early impressions.

And at least on face value, both Yoga 720s are noticeably more impressive than most of their hybrid counterparts. The 13in is just 13.9mm thick and the 15in measures 19mm, and they weigh just 1.3kg and 2kg respectively.

They’re gorgeous to look at, too. Considering you’re paying top-tier prices, you should expect lavish build quality, with both Yoga 720s seriously looking the part. That all-metal chassis is a welcome change of pace and isn’t too heavy either.

Take a look on the right side and you’ll spot a solitary USB 3.1 port, while the left houses both regular USB 3s and a USB Type-C port for charging. Both models ship with a fingerprint reader for Windows Hello login, too. 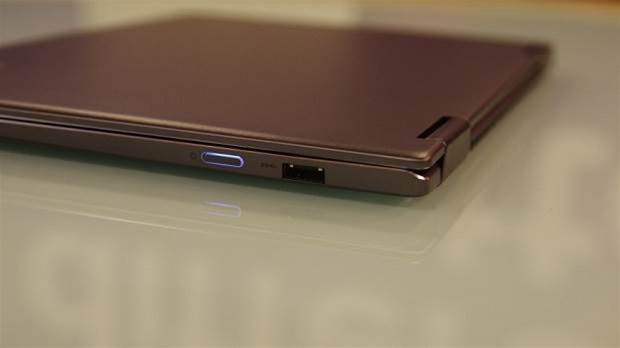 Another big difference between the two lies in the graphics card options. While you’re stuck with the bog-standard integrated Intel HD Graphics 620 chip for the 13 (perfect for Minecraft but not much else), there’s the option to upgrade the 15in model to a proper Nvidia GeForce GTX 1050. Should you go down this route, expect a big hit to both your battery life and your wallet. Pair that with a new Core i7 processor and 16GB of RAM, though, and you’ll be all set for on-the-go gaming. 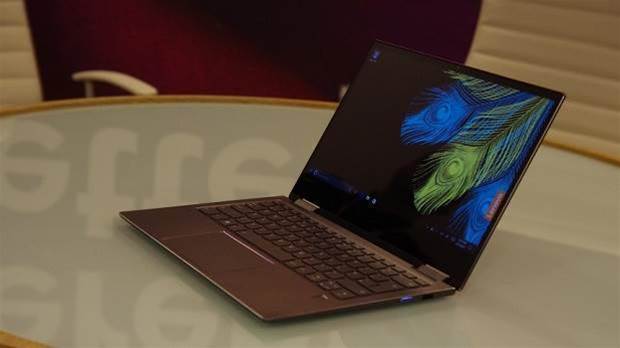 And the 15in model presumably has a larger battery, because it’s rated by Lenovo to last up to 9 hours (with the Full HD display), compared to the smaller model’s 8 hours (again with Full HD display).

Stay tuned for our full Lenovo Yoga 720 review in the not-so-distant future, when we’ll test its battery life and performance.

We’d hope those entry-level models offer reasonable specs, because the Microsoft Surface Pro 4, for example, currently starts at $899 for an Intel Core m3 chip (albeit sixth-generation), 4GB of RAM and 128GB SSD. 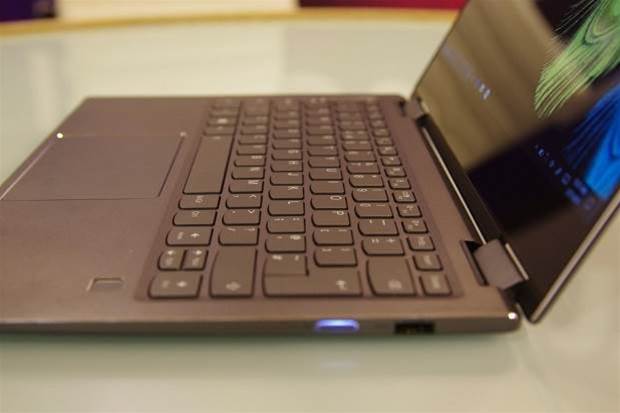 Unfortunately, Lenovo didn’t give the specs of the entry-level models – or the pricing of the high-end models, though we’d expect the price to go up pretty steeply once you start adding Core i7 chip, 4K display, 1TB SSD and dedicated graphics. A roughly equivalent Dell XPS 13 2-in-1, for example, costs $2,799 (and that’s with 512GB SSD and standard Intel HD Graphics 615).