Two recalls: be careful what you plug in 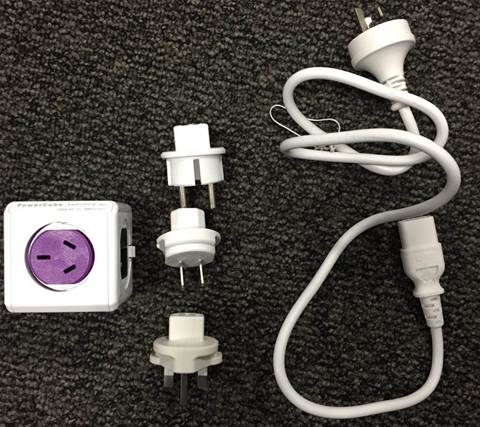 A 'PowerCube' and a plug for a power adapter have been recalled over the last few weeks. Here's what to do if you have one.

PowerCubes are an interesting reimagining of the traditional powerboard. Instead of putting the sockets in a row, they are arranged around the sides of a cube. This is a far more compact arrangement.

But a design problem with the PowerCube ReWirable USB Travel Adaptor Kit/Outlet Device has led to a recall of that specific model.

According to the ACCC , "The adaptor does not comply with Australian specifications" in that it "contains a fuse holder which is not permitted under standard AS/NZS 3105."

A list of affected batch codes can be found in the recall notice.

The device was sold by Big W and Target between late October and early December 2016.

Owners are advised to stop using the adaptor and return it to the place of purchase for a refund.

The other recall concerns the Australian style plug included with power adaptors supplied by Sonova, a wholesaler of hearing aids and related equipment.

We mention this recall because some of the products using the plug in question have USB outputs and so might be used with other equipment in workplaces and homes.

The plugpacks themselves are OK, but a flaw in the plug means "there is a risk of the adaptor faceplate being dislodged resulting in the internal components being exposed" leading to "a risk of electrical shock to users."

Affected products were sold through hearing care professionals between October 2011 and July 2014.

If you may have one of these adaptors, check the recall notice for information about identifying the affected items and obtaining a replacement unit.