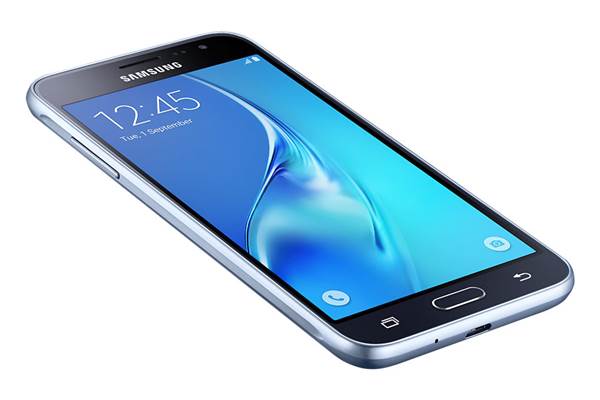 What sort of smartphone can get for under $250? A pretty good one, thanks to the Samsung Galaxy J3.

Samsung might be better known for its premium smartphones, but it also makes some surprisingly good budget handsets. The Samsung Galaxy J3 is one such phone.

From just $249, this 5-inch Android smartphone offers some impressive specifications for the price, making it well worth including in our gift guide series – or considering for your own phone if you’re on a tight budget.

How well does it stack up in everyday use? Here’s our full review.

The J3 is finished in bland, matte plastic all over, but feels staidly solid at the same time. The case doesn’t bend or creak unduly and its buttons all depress with a good, solid click. Despite its budget appearance, the Galaxy J3 is a robust-feeling smartphone.

We’re not huge fans of the two-tone black-and-white front panel of our review sample – we’d go for all-black if we had a choice. There are better looking phones available, but overall the J3 is pretty inoffensive. 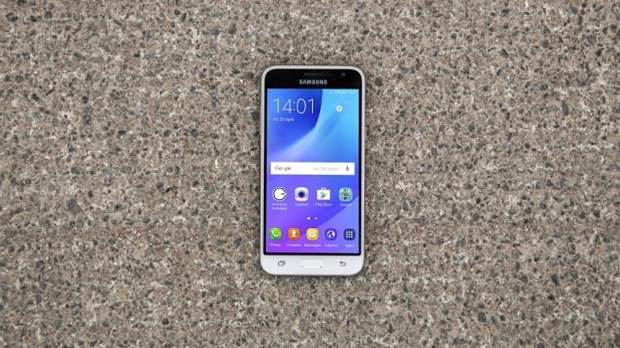 Where the appearance and build is run of the mill, however, the J3’s 5in display is anything but. It uses an AMOLED panel – a real rarity in this price bracket. This brings with it a sharp 720p resolution and a vibrancy and colour-packed image that most budget handsets can’t get near, with its perfect, inky black level ensuring images look incredibly punchy solid.

OLED displays have a tendency to look a little dull — it's their one major weakness — but not here. We recorded maximum brightness of 447cd/m2, which means it’s readable in the brightest sunshine. Note, however, that you’ll need to enable the phone’s auto-brightness mode for it to hit these heights. In manual mode, the screen peaks at a much lower 318cd/m2.

Inside, the J3 employs an Spreadtrum SC8830 chipset with 1.2GHz quad-core processor and 1.5GB of RAM. By comparison, the next step up in Samsung’s range, the $399 Galaxy J5, has a 1.4GHz Cortex-A53 chipset, and that difference showed in our benchmark testing.

The Galaxy J3 was around 20 percent slower than the J5 in both our Geekbench 3 multi-core processing test and the GFXBench T-Rex graphics test. That’s a significant margin, but not sort of difference that would make a big difference to the day-to-day feel of the phone.

Sure, demanding games won’t run smoothly with the maximum-quality settings enabled, but most casual, strategy and puzzle games will run without issue. And, where it matters, the phone is reasonably responsive. There’s no noticeable typing lag when using the onscreen keyboard, and swiping between screens is snappy and smooth.

Battery life isn’t half bad, either. In our video-rundown test, which we run with the screen set to a brightness of 170cd/m2, the Galaxy J3’s 2,600mAh battery lasted 13 hours 15 minutes. That’s around 4.5 hours less than the J5’s excellent result, but anything above 13 hours in this test is pretty good. Translated to real-world use, the J3 will comfortably last you a day of use, maybe even a day and a half if you’re careful. 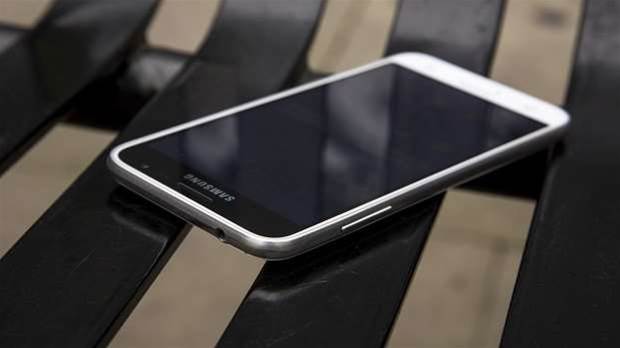 The icing on the cake is that the battery is removable, so you can carry around a spare for emergencies and replace it in a trice if it’s getting tired. There’s also a microSD slot beneath the backplate rear panel, so you can expand the phone’s rather limited 8GB of internal storage.

The Galaxy J3 has an 8-megapixel camera at the rear and a 5-megapixel front-facing snapper. There’s no fancy autofocus mechanism, nor optical image stabilisation, but quality is fine for a phone at this price. It won’t be able to match the pricier J5 for detail capture, however, as that phone has a higher-resolution 13-megapixel camera.

But it’s a decent performer for the price, both indoors and outdoors, although it’s held back by a propensity to overexpose highlights when faced with scenes containing lots of light and shadow detail.

Enabling HDR fixes this problem, but this slows the processing of images down by a couple of seconds, and it can’t fix the fact that the J3’s images get very noisy and fuzzy in anything but good light. It’s also rather slow to focus generally, and video capture only goes as far as 720p.

The Samsung Galaxy J3 is a great budget smartphone. It’s reasonably well made and has a great screen that leaves us wondering why more manufacturers don’t specify AMOLED panels on their cheap handsets.

The biggest problem the Galaxy J3 faces is the fact that its stablemate, the Galaxy J5 Prime, is faster, has a better camera, a marginally bigger screen and significantly better battery life than the J3.