Telstra mobile leasing: get a new phone when you want it 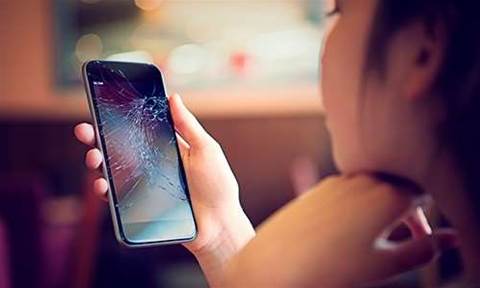 The big telco reckons it has found a way to cut the cost of mobile phones for businesses, while freeing them from the traditional two-year upgrade cycle.

Telstra has introduced My Business Mobile Lease Plans, said to be up to $10 cheaper per handset than traditional postpaid plans.

As the name suggests, that's achieved by leasing the phone rather than buying it.

So you've saved $240 over the two years, but you don't own the phone. By way of comparison, Apple offers trade-ins of up to $350 for a two-year old iPhone 6.

However, the My Business Mobile Lease does allow for handset upgrades at any time after the first 12 months for a fee of $99 (waived if you take out the original lease before 24 December).

That assumes the phone is in good working order. If the screen is cracked the fee is $229, and with more serious damage including being beyond repair, it goes up to a maximum of $499.

If you're pessimistic – or clumsy – you might select the Assure add-on. An additional $10 a month provides 'insurance' in the sense that a damaged phone can be upgraded at any time  for $190 regardless of its condition.

All upgrades require a new 24-month contract and handset plan, so the monthly payments may change as part of the upgrade process.

There's also the option of buying your current phone at "fair market value" at the end of the lease.

The lease plans aren't limited to high-end models – if you prefer something more modest or need to keep costs down, Telstra offers its Signature Premium and Signature Enhanced handsets at no charge beyond the minimum $55 a month service plan.

Probably the best way to look at Telstra's lease plans is that they provide additional choice. For any non-exclusive phone, you can buy outright (and maybe use it with Amaysim or another MVNO rather than going directly with one of the three carriers), on a plan, or on a lease.

Also, Telstra already includes the "New Phone Feeling" as part of conventional personal and small business 24-month plans, which lets you upgrade your handset after 12 months for $149 providing it's still in good condition.

Our advice is to think about how often you really need to update the handset, what the trade-in or resale value is likely to be, how likely you are to damage the phone, and what you need in terms of plan inclusions, and then work out the total cost of each approach.