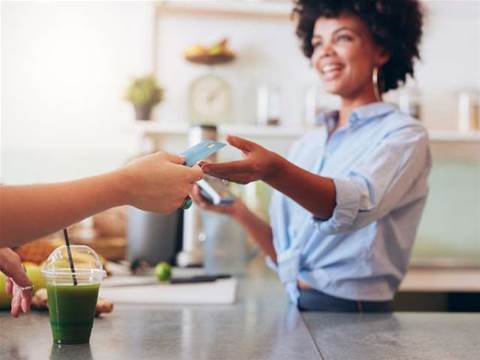 A Melbourne-based startup aims to create a marketplace of apps that will work with a wide range of point-of-sale systems.

The number of apps targeting the retail and hospitality sector is growing exponentially. From cloud-based accounting packages to reservations or online delivery services, these apps lend a valuable helping hand to many small business owners.

It’s a problem a Melbourne-based startup called Doshii is looking to solve by creating a set of application programming interfaces (APIs) that make it easy for developers to create apps that work with hundreds of POS systems, while POS system vendors can easily integrate their systems with hundreds of apps.

In the process, the company is hoping to make life easier for small business owners by creating a marketplace of apps that work with a wide range of POS systems.

“The problem that we’re solving is that if you go into a café, there’s about five different pieces of hardware that you need to run the restaurant. There’s the point of sale, which is really the heart of the restaurant,” Doshii general manager David Engel told BIT.

“And the problem is that they have all of this hardware, none of them really talk to each other or the point of sale.

“So the idea behind all of those pieces of hardware is to look at where the data is flowing, and to put it back into the point of sale so you have a single point of reconciliation, you have real-time communication between the venue’s apps, and you get a much easier to manage experience.”

According to Engel, while better integration would benefit POS vendors, app developers and small business owners, the complexity of the challenge has until now prevented it from happening.

“Within Australia, there’s about 100 different point-of-sale providers, and there are about 70 apps across loyalty, reservations, accounting, ordering, delivery, and inventory management. They all have a strategy of interacting with each other,” he said.

The platform currently works with Impos, Starrtec and H&L POS systems, with more companies expected to support the platform over the coming months.

The eventual plan for Doshii, once enough apps and POS suppliers come on-board, is to create a single online marketplace where small businesses to find apps and online services that will integrate with their POS system.

“What we’re building is a marketplace, and there will be an interface, but because we’re so young we haven’t built that yet. But a venue will say ‘I want to integrate with a delivery app’ and find one that works with their POS in the marketplace. The API is the means, and the marketplace is the ends,” Engel said.

Engel gives the example of a delivery app automatically feeding orders into a Doshii-compatible POS system, while retrieving information from the point of sale back into the app in real-time.

“What happens is an order comes in from an app, through our API to the point of sale. So if I’m a restaurant, that order then follows the usual order flow. It might go through to the kitchen if it’s a food order or to the barista if it’s a coffee order.

“What the app gets back is real-time updates from the menu. So for food ordering apps, menus currently need to be uploaded or emailed through, but they’re not updated in real time.

One of the things that sets Doshii apart from many other Australian companies in the fintech space was that it was spun out from an existing company, rather than being started from scratch.

The technology was developed over 12 months by a POS vendor called Impos, before being spun out as a separate company at its launch three months ago.

“Doshii was originally conceived by Impos – which is one of our shareholders – as a way of building an API for PayPal,” Engel said.

“After that, they realised this was something that would be needed not just for a specific POS, but that all POS [systems] would need it. There’s a growing number of apps in the market, none of them really effectively talk to point of sale.

“Even if you integrated with one app, because many of these apps are startups, you could find yourself doing months of integration only to find that app goes out of business. You’ve done all that work and have nothing to show for it.

“What they decided to do was to create a middleware layer that can be responsible for signing up all of the apps, doing that integration and taking the risk of that app not being around in six or 12 months.”

Given the obvious need in the marketplace, Impos decided to spin out the technology as a separate company to allow it to be used by products across a range of POS vendors.

“It’s to solve a real-world problem that they had. That’s why we got investment from another POS company called H&L, and the whole point of Doshii is we’re POS agnostic. We don’t favour any POS,” Engel said.

“The whole success of Doshii depends on us building a community with all the POS companies so we can say to the app developers: ‘We work with all these companies, there’s really no point in going to them individually. You can just go through Doshii to build a connection to all of them’.”

The major advantage of the corporate spinout model, according to Engel, is that it has allowed the company to focus on going directly to market knowing their idea has been validated already, without needing to build a minimum viable product first.

“The whole concept of Doshii was started from a real-world problem. So there wasn’t a question where we’d build a basic [minimum viable product] to see if this was a problem – we knew there was a product-market fit,” he said.

“So from that perspective, where fortunate that the POS that we speak with and apps that we speak with understand why we exist and the problems that we solve. So we haven’t had the growing pains that many startups have… and we’ve had a fairly steady trajectory in building out our product.”

Developers looking to create apps for the platform can find out more information about the API on the company’s website.