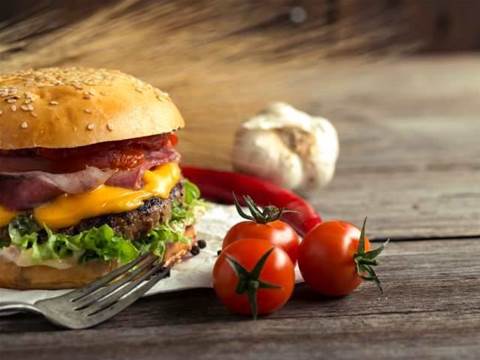 University canteens aren’t exactly renowned for their restaurant-quality food. Here’s how one entrepreneurial uni student turned that into a business opportunity.

The service offers students a flat delivery fee of $2 per order, with meals costing the regular restaurant prices.

It was founded by marketing student Yazan Kharouf, and is gaining traction across the university’s Footscray Park and Nicholson campuses.

“FoodPost is an on-demand delivery service where I connect local restaurants to local universities, so I bring more business to the restaurants and get the students more affordable food,” Kharouf said.

“I started five months ago, and I’ve already delivered 700 orders.”

As with most great business ideas, Kharouf decided to set up his venture after encountering an everyday problem. Rather than complain – as many students are apt to do – the young entrepreneur decided to seize the opportunity to fill the need by establishing a new business.

“When I first started university, during first semester, I didn’t have a car – I used to catch public transport. When I got hungry, because I’m a student, I don’t have a lot of money to spend on extra stuff,” Kharouf said.

“When I wanted to get food on campus, it was expensive and when I tried it, it wasn’t the best. And I know there are local restaurants nearby, but I couldn’t go to them because I only had a 30 minute break. When I went to get food and came back, my break was over.

“So I thought why not make a delivery service for other students who are struggling like me.”

Kharouf adds that the VU Hangar startup hub and business mentoring from former Lonely Planet chief technology officer Gus Balbontin helped in getting the venture off the ground.

“When I first had my idea, I didn’t know how to start it up. Some people at the university told me there’s an entrepreneur in residence at Victoria University called Gus [Balbontin]. Gus helped me by setting out baby steps to get it set up.

Balbontin’s advice drew on the lean startup methodology, where entrepreneurs test a prototype with customers first (known as a minimum viable product or MVP) in order to validate business ideas, rather than spending a fortune upfront on development.

“On the first day I set up a Facebook page, uploaded a couple of menus from local restaurants and said ‘if you want anything from these restaurants, I can bring it to you for a dollar’.

“That was the testing phase, but it didn’t run very well because my marketing posters were ruined. In the second week, I fixed the posters, redesigned them and got 78 orders. So the setup was a flyer with how to order, the restaurant options, and how to contact me. That was the first step.”

After establishing an MVP – in this case through flyers and a Facebook page – Kharouf iterated on it based on customer feedback. This included setting up a website based on university staff who didn’t use Facebook.

“The website was designed by me completely. I realised some of the staff members at the university didn’t use Facebook and a website would be easier for them to access, so I set up the website with the menus and how to access it so they can reach me,” he said.

While at this stage Kharouf is focusing on providing a good quality service to his customers, looking to the future, he sees an opportunity to scale the business by expanding the service to other universities.

“A few students at the city campuses want my services there, even though they have food right there. It’s because when they use the computers [in the library] they can’t just leave a bag on the seat – they lose their spot. So they want to have someone deliver it to them directly.”