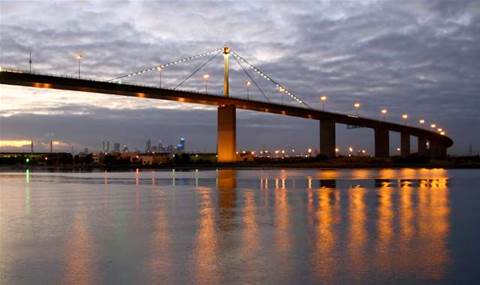 Victoria University is looking to help entrepreneurs emulate the success of the Western Bulldogs in the business world through a new free startup hub located in the Footscray CBD.

Located at the MetroWest building at 138 Nicholson Street, The VU Hangar is open to anyone in the western suburbs community including startups, established tech-focused small businesses and aspiring entrepreneurs, as well as university staff, students and researchers.

The ‘stimulator’ space offers startups and aspiring entrepreneurs free mentoring and services without the structure of a traditional incubator program, along with free coworking space, in a bid to help foster the local startup community.

The VU Hangar had a ‘soft launch’ in early September at a hackathon event called WestHack, with the university also creating a mobile startup bus to help promote the space.

Entrepreneur in residence Jordan Gianfrancesco told BIT the name “refers to hanging out”, because “we didn’t want a space that that would physically be too demanding and too scary, we wanted a space to be approachable”.

“The main thing we’re trying to bring is an entrepreneurial community not only to the university, but to the west in general. It’s not a scary big place – it’s a really welcoming, safe place to come to work on ideas and access information. That’s a thing that’s really important to us,” he said.

“We’re experimenting with this space, and we’ve penned the Hangar as a stimulator space rather than an incubator – as somewhere that you would go before incubation.

“We hope we can stimulate people, point them in the right direction, and give them access to a whole bunch of information as well as programs.”

The initiative is the brainchild of Victoria University vice chancellor Peter Dawkins, who persuaded Gus Balbontin, former Lonely Planet chief technology officer and a resident of the nearby suburb of Yarraville, to come on board with the project.

“Rather than doing the typical ‘let’s open a building and cut a ribbon to open another incubator or accelerator’, [Balbontin’s] attitude was ‘let’s see what the community and the students need and the skills that might be beneficial for everyone’,” Gianfrancesco said.

“What we quickly found out is that what would work in the [eastern suburbs] or in other universities – and not that anything is wrong with it – but would not work here.

“Balbontin figured that incubation might not be the ideal thing and not needed right now. Stimulation was the concept we put together instead – let’s stimulate ideas, the community and literally anyone to start thinking in a startup and innovative way.”

Along with managing events, the three entrepreneurs in residence offer free technical business advice and mentoring to VU Hangar visitors.

“Where our knowledge comes in is around the technical aspect. We can definitely help people in that way by pointing them in the right direction and – depending on how technical it gets – it’s definitely within our capabilities to physically help.

“But it’s also around the validation of ideas. We’re really there to help people realise if that idea is going to work, and how we can help to build this in a positive way. We’re not here to crush ideas, we say: ‘Have you tried this? Have you tested that?’”

Also based out of the centre is design agency Black Lake, who are offering their services to residents of the Hanger.

“When people come inside the space with an idea, we help them to develop it, one thing we realise – and I come from a design background – is that every business is only as good as its design. You really need to get your message right,” Gianfrancesco said.

“You can cruise in there and there will be designers, advice and print materials all coming out of there for free. You don’t need to raise money to test an idea to see if it’s credible first.”

“For us, we have a few key values that we work on, but for us the key thing is to build and inspire things that matter. And being in the west, with the culture of multiculturalism, gender equality and cultural blending, that’s naturally the underlying flavour of most of the startups we’re starting to see,” he said.

“There’s one called FoodPost, which was set up by a VU student who saw a need to deliver local Footscray food flavours into local campuses. It’s not dissimilar to existing food delivery services, except that he’s going to the favourites around Footscray.

“Another local from the west was a refugee who moved to Melbourne. He went back to his village in Papua New Guinea and taught them to grow vanilla. He’s now importing vanilla and selling it throughout Melbourne, which is helping to rebuild his war-torn village.”

While it’s still early days, Gianfrancesco said it is “mind blowing to see how well it’s been received”, adding that VU Hangar is becoming a focal point for the west’s growing community of entrepreneurs.

“If someone comes in to build an app that sells a product, we’re finding that we’ve run into people who are doing similar things, and so we can help connect those dots. People are finding cofounders organically because they’re sitting next to each other working on similar ideas,” he said.

“We wake up every morning to emails saying: ‘Hey, I’ve got this idea and I live around the corner’ through to people who live in Collingwood, Fitzroy or the city who call to ask if they can come in and come in, and that’s awesome too.