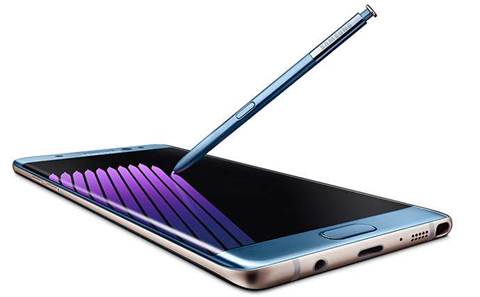 Galaxy Note7 replacements are arriving. Here's how to tell which handsets don't have the overheating flaw.

Samsung is about to begin issuing replacement Galaxy Note7 smartphones to its Australian customers, after some of the phablets overheated and caught fire, leading to a recall on September 5.

In a statement, the consumer electronics conglomerate said it expects to begin shipping the replacement devices to operators and retailers around Australia from September 21, with the Galaxy Note7 expected to go back on sale to new customers in early October.

The recall covers all Galaxy Note7 models sold in Australia, including devices purchased outright through retailers such as JB HiFi and Kogan.

There are two confirmed cases of faulty Galaxy Note7 devices catching fire in Australia, as well as at least 35 known cases globally as of September 1.

Samsung is advising all Galaxy Note7 users to return their devices to the place of purchase in order to obtain either a full refund or arrange to pick up a new replacement device when stock becomes available.

Customers who opt for a replacement are entitled to a courtesy device until stock of the Galaxy Note7 arrives.

If a retailer declines to provide a refund or replacement, customers should contact Samsung directly on 1300 362 603.

As a safety precaution, Samsung also advises all customers to back up any data their have on their phone (including photos and contact information), remove any SD cards, complete a factory reset and power down the device before returning it.

Additional carrier-specific information about how customers can obtain a replacement device or refund has been posted by Vodafone, Optus, Virgin Mobile and Telstra.

Customers will be allowed to keep any accessories that came with the smartphone, including the 256GB SD card that was included as part of the company’s pre-sales order promotion.

After claiming a replacement device, customers are advised to confirm that the device they have received is new, rather than a refurbished unit.

The replacement units can be identified by a white sticker with a blue letter 'S' along with a small black square on the white barcode label. 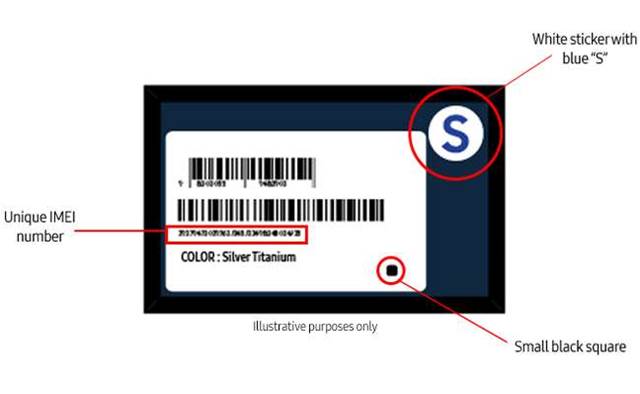 The new replacement units can also be identified entering the 13-digit IMEI number (which can be found on the barcode or by dialling *#06#) into the Samsung website below the ‘Check your Note7’ heading on this page.

The recall followed a series of reports from customers claiming their Galaxy Note7s had exploded or caught fire after overheating.

Samsung attributes the overheating issue to the anode and cathode of the battery cell coming into contact as a result of what it describes as a “rare manufacturing process error”.

“Our number one priority is the safety of our customers, which is why we’ve worked hard to provide new replacement Note7 devices as quickly as possible,” Samsung Electronics Australia vice president IT and mobile Richard Fink said.

“We appreciate our customers’ continued support as we start to deliver this new stock to operators and retailers around the country from September 21.”