Hands-on with the iPhone 7 and iPhone 7 Plus 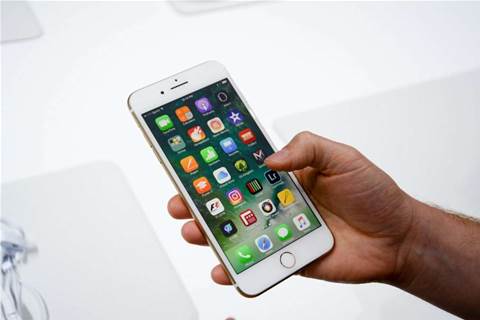 We’ve had a quick test-drive of Apple’s new phones and deliver our early verdict.

After months and months (and months!) of rumours, Apple has announced the iPhone 7. We were able to spend some time with the new phone a few minutes after it was announced at Apple’s launch event. Our thoughts in a word: impressive.

Jony Ive, Apple’s chief design officer, has been brave with the design, taking away two of the most familiar features on an iPhone: the 3.5mm headphone jack, and the physical home button. However, as always with Apple’s design-based decisions, it’s likely the world – or least the majority of it – will learn to embrace and love the new features.

We’re still a little shocked that Apple has removed the headphone jack. But there are clear benefits to not having a 3.5mm jack.

There are two reasons why Apple has done this. First, the technology in the 3.5mm jack dates back to Victorian times and the 6.5mm connector used at manual telephone exchanges. The new Lightning-based headphone port lets the iPhone power your headphones, meaning manufacturers could create things such as noise-cancelling headphones that don’t require additional power.

Second, removing the headphone port at the base of the iPhone frees up room for an additional loudspeaker – and Apple claims this results in the phone being twice as loud as the iPhone 6s. Unfortunately, the room we were testing in the new iPhone in was pretty noisy, so we couldn’t get a proper listen to the audio, but in theory, you should notice quite a bit of improvement. 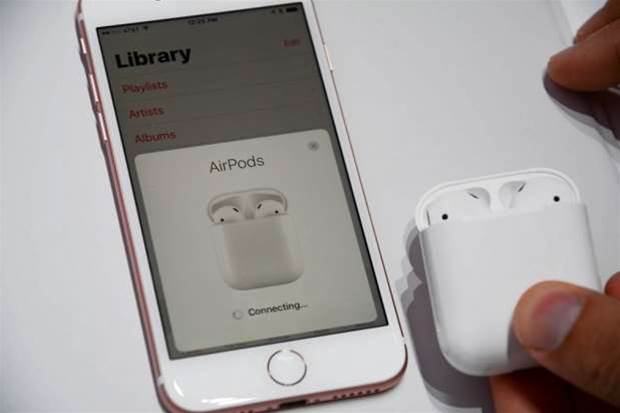 If you’re still annoyed about the decision, fair enough. But the iPhone 7 comes with an adapter that enables you to use all your existing headphones, along with earphones with Lightning connector.  In addition, Apple says it will have its new cordless AirPods available in late October – for an extra $229.

The next casualty is the physical home button. Apple has had a bit of an obsession over the years with removing physically-moving parts from its products – think back to the iPod where it moved from a physical scroll wheel to one which didn’t move. As phones move closer towards full edge-to-edge displays, the physical home button became a headache for Apple.

So what’s the new home ‘button’ like to use? In short, it’s pretty amazing. As with the latest Force Touch trackpads, your finger says that it’s moving, even if your head tells you that it can’t be. 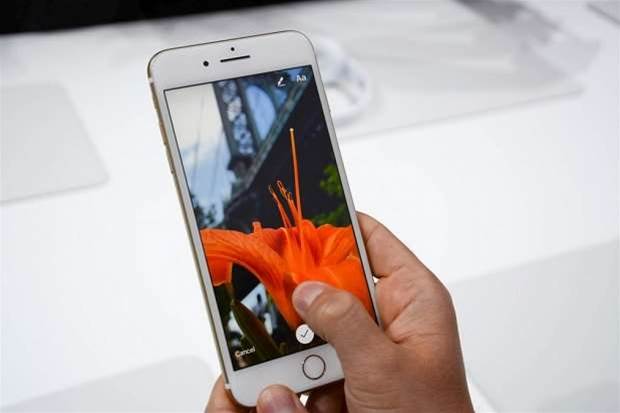 What, no home button?

That Apple has managed to make this work on a trackpad is one thing. Making it work in the space that a button on an iPhone takes up is quite another.

High-end Android phones have been crowing about their waterproof capabilities for a few years now, while Apple has simply refused to get involved. Until now.

During the iPhone 7 launch, Apple executives boasted that the iPhone 7 was waterproof to IP67 standard. That’s not as good as the latest Sony Xperia XZ, for example, which achieved the impressive ranking of IP68 – six is the water-resistance score and eight is the dust score – but it’s still good enough to stop you damaging your phone if you get it wet. Don’t try leaving it in water for long though.

There’s no doubt that the cameras on both iPhone 7 and iPhone 7 Plus are big steps forward. The iPhone 7 now features optical image stabilisation, which previously had only been available on the Plus version.

The iPhone 7 Plus goes significantly further with two lenses – one with a wide-angle and one with a 56mm telephoto, which allows you to do 2x zoom optically. 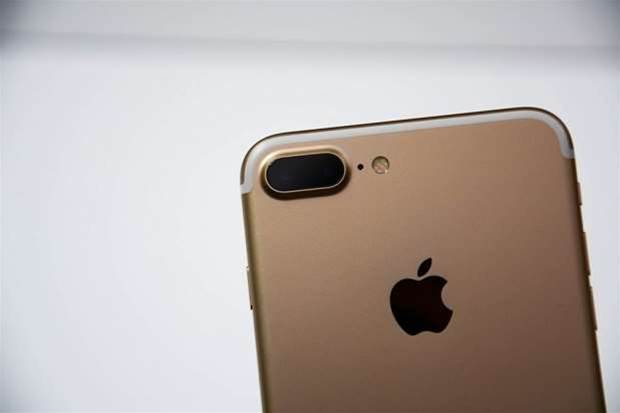 The iPhone 7 Plus has two lenses.

So what are the pictures like? That will depend, as always, on how good a photographer you are, but overall the images are noticeably better than those on the iPhone 6S/6S Plus, which itself was a very good camera.

iPhones have always been made out of the very best materials and the iPhone 7 is no different. The design of the phone hasn’t changed too much compared to the iPhone 6S and 6S Plus, although the antenna are now much less obvious. There’s also a new colour – Jet Black – which in the flesh really is very black indeed.

One area that is instantly noticeable is the quality of the screen. Again, the screen on the iPhone 6S was already very good, but the iPhone 7 takes it to a new level. The screen’s colour gamuts have been significantly improved, and you can really tell the difference. 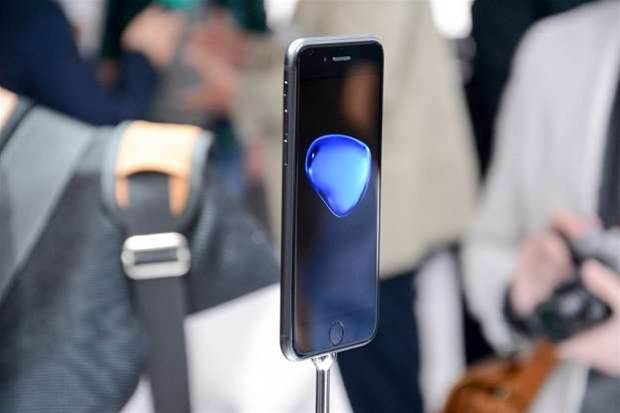 The new iPhones will be available on 16 September, and Apple is accepting pre-orders on its website from tomorrow (9 September).

We’ll be taking a much more in-depth look at the iPhone 7 and 7 Plus as soon as we’ve had longer with the device, but so far our impressions are very positive. Of course, this is the best iPhone yet – Apple always says that and it’s always true.

Yes, none of the individual elements are revolutionary, but that really doesn’t matter. Each of the elements that Apple can improve it has improved, in some cases in major ways. And all these improvements add up to a stunning new phone.

UPDATE: Having spent more time with Apple's new phones, we have now published full reviews of the iPhone 7 and iPhone 7 Plus.