New home for startups in Wollongong 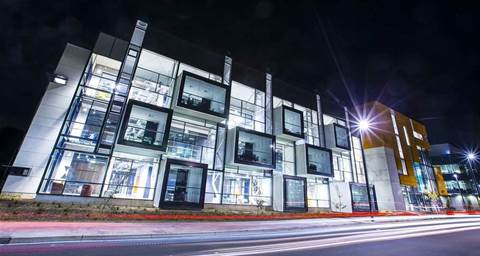 Tech-based startups in the Illawarra have a new incubator and accelerator that could serve as their springboard to the big time.

The University of Wollongong's iAccelerate Centre has officially opened, providing space for more than 280 entrepreneurs.

The purpose-built centre is located on the University's Innovation Campus in North Wollongong, and provides a range of tailored acceleration programs for technology-focussed businesses.

Although the iAccelerate centre has only recently opened, the program has been operating since 2012, and has so far supported 65 startups.

One example is University of Wollongong graduate Adam Poole, who has turned an idea for a workplace safety application that cuts through the paperwork into reality.

He is one of the first occupants of the new iAccelerate Centre and hopes to further develop his business, which is now his full-time job and employs three people.

“Everything from pitch training to making connections and receiving advice years afterwards has helped immensely.

“The funding I received allowed me to have a high fidelity prototype built, which was used to gain further investment.”

“Young businesses are given the leading edge to succeed at iAccelerate and they can gain global success from right here in Wollongong.”