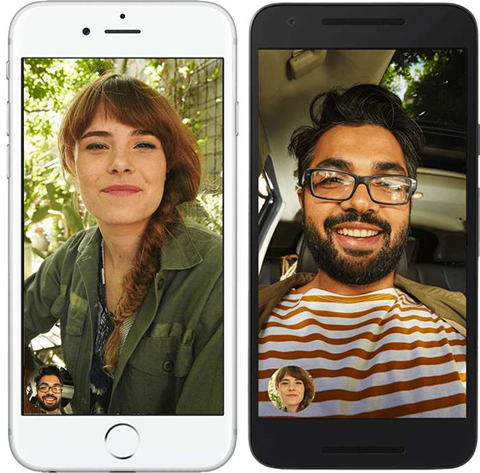 Google Duo will soon be available for Android and iOS devices.

A ‘Knock Knock’ feature shows users live video of any caller before they pick up, giving a quick idea of where they are and what they’re doing.

The app does its best to keep you connected, seamlessly switching between mobile data and Wi-Fi as necessary, and automatically adjusting resolution to match available bandwidth.

Google hasn’t forgotten about security, either – end-to-end encryption keeps snoopers out, even on insecure Wi-Fi hotspots.

Duo competes with Apple’s FaceTime and, to some extent, with Microsoft’s Skype and even Google’s own Hangouts – although unlike the latter two, it doesn’t support video-conferencing with more than two people. Hangouts has never really caught on in a big way, so Google may be hoping that this latest simple approach may deliver better results.

Google Duo is available in the US and should be rolled out in Australia via Google Play and Apple’s App Store shortly.