How many jobs has Kickstarter actually created? 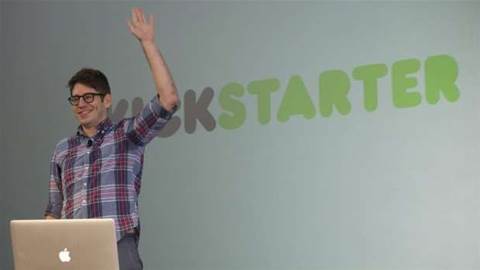 A study has found that the projects on the crowdfunding site have generated more jobs than you may have thought.

Crowdfunding has become an increasingly popular way for small businesses to access an alternative lending source or for entrepreneurs to fund innovative new products – and Kickstarter is the world’s largest crowdfunding platform for creative projects. But how many new jobs has Kickstarter actually created?

A University of Pennsylvania study has revealed that Kickstarter has done a pretty good job of creating jobs out of nothing.

Based on a survey of Kickstarter projects that managed to raise more than $1,000 from the site’s inception to last May, the study’s author, Professor Ethan Mollick, discovered that successful projects have created 5,135 full time jobs, not including those for the creators themselves.

Working with the figures cited in the study, including the creators and adding in the projects funded in the last 12 months, Kickstarter estimates around 29,600 full-time jobs have been created off the back of crowdfunding – an extrapolation that Mollick is happy with. Based on this, with current success rates you can estimate that for every 1,000 projects started on Kickstarter, 82 full-time jobs would be created.

On top of this headline figure, an additional 283,000 part-time jobs opened up, and US$5.3 billion was generated in direct economic impact.

“There also appears to be substantial new innovations and positive social good that comes from crowdfunding campaigns, though this can be difficult to quantify,” the study concludes.

Of course, while these figures show that crowdfunding can generate jobs and aid the local economy, one thing it can't objectively explain is how efficient it is at this compared to other business models. The report acknowledges this, but ultimately concludes that, “it is clear that, overall, the money raised from campaigns leads to positive returns across a variety of measures.”