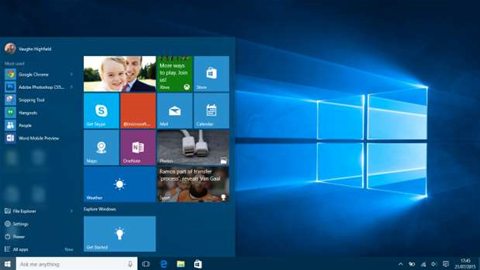 After July 29, the operating system will cost you at least $179.

The last few months have seen Microsoft adopting increasingly heavy-handed tactics to get Windows 7 and 8 users to take the damned update. But these alerts are about to stop very suddenly. Tomorrow (July 29), Windows 10 will cease to be a free upgrade, which will be a relief to anyone who keeps closing the window because they're happy with their existing operating system, but a wake-up call to anyone who wants the upgrade but hasn't got around to it yet.

Anyone wanting to upgrade after that will need a boxed copy, priced $179 for the Home edition or $299 for the Pro version – unless you're buying a new device that comes with an OEM licence.

Landing at the same time that Windows 10 gets a monetary value is the Anniversary Update which will bring a number of much-requested updates, including extensions for the Edge browser, big updates to Cortana (which can now be consulted even if the computer is locked, among other things) and much-improved stylus support in a nod to the increasing number of devices shipping with pens.

In terms of market share, Windows 10 is doing pretty reasonably for a new system – with 19.14% of the market, according to NetMarketShare – but possibly not as well as you'd hope, given it has been free for over a year.