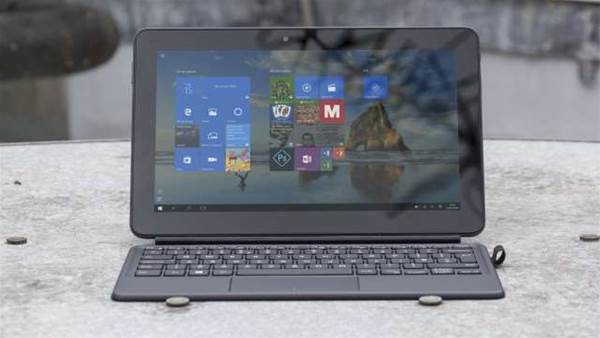 Is the Dell Latitude 11 5000 Series worth a premium over the Microsoft Surface Pro? It may be for some businesses.

Just as the Latitude 13 7000 is a business laptop that borrows elements from Dell's excellent XPS 13, so too does the Latitude 11 5000 Series feed off the company’s XPS 12. It’s a 2-in-1 tablet-style hybrid aimed very much at business users.

And those prices only cover the tablet – the detachable keyboard is another $229 extra – so Dell is clearly positioning the 5000 Series as a premium device. We ran the 5179 through our battery of tests to see if it deserves that premium – particularly as Microsoft’s Surface Pro 4 is available for less.

At 760g (for the 5179) or 710g (5175), it’s not particularly light for a 10.8-inch tablet, but at least its weight is evenly distributed, so it doesn't feel too uncomfortable to hold during extended use. It’s reasonably bulky, but its sturdy magnesium alloy chassis and Gorilla Glass screen should provide more than enough protection to survive a trip in your bag.

Our 5179 review unit came with a 1.1GHz Core m5-6Y57 chip and 8GB of RAM. It’s the same processor that was in the Latitude 13 7000 we previously tested, and the Latitude 11 5000 achieved an identical overall score in our benchmarks. So in other words, it’s fine for everyday tasks such as word processing, but it will struggle with demanding tasks such as video-editing and intensive media applications. 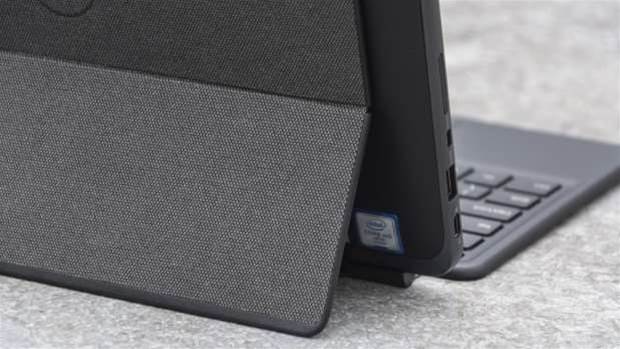 Naturally, with just its integrated Intel HD 515 graphics chip on board, it's not particularly cut out for 3D games either, but you still should be able to fit in the odd bit of gaming around meetings if you work with its limitations. It's fine for a quick blast of Hearthstone on your lunch break, for example.

The 10.8in, 1,920 x 1,080-pixel IPS touchscreen doesn’t have Dell’s gorgeous InfinityEdge display, sadly, but it’s nevertheless one of the tablet’s highlights. Our tests revealed its screen to be almost twice as bright as the display on the Latitude 13 7000, and it produces vibrant, lively colours.

Black levels leave a little to be desired on maximum brightness, but it has a very respectable contrast ratio, giving images plenty of detail in dark shadow areas. It’s worth noting that the glossy finish is very reflective, so working under bright lights can be a little distracting, but its high screen brightness more than makes up for it.

The 35WHr battery in the Latitude 11 5179 was also impressive, lasting just over nine hours in our continuous video playback test. This is pretty good as far as Windows tablets go, and a full charge should last you most of the working day, as long as you don't push the screen brightness up to high for extended periods. The model with the low-powered Intel Core m3 may provide even better battery life.

If you do get low on charge, though, Dell's charger is, thankfully, nice and compact, so it shouldn't take up too much space in your bag if you need to take it with you.

While the Latitude 11 5000 Series doesn’t come with a keyboard included, the Latitude 11 Slim Keyboard is available for $229 – and it’s an excellent companion that includes a kickstand. Its tactile keys and smooth touchpad are very responsive. 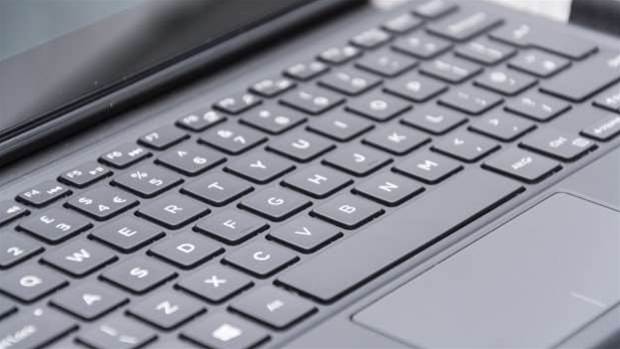 The Latitude 11 also comes with dual side-facing speakers. These are decent and relatively punchy, but bass is rather lacking. They are incredibly loud, though, and they have a pleasing amount of depth, so you should easily be able to fill a large room for presentations.

There are plenty of connectivity options on offer, too, including a microSD card slot, micro HDMI for connecting it to an external display, a full-sized USB3 port and a USB3 Type-C port as well. The Latitude 11 5179 also has the added benefit of a smartcard reader and fingerprint scanner on the back, which isn’t available on the regular 5175 model.

Both, however, support 802.11ac Wi-Fi and Bluetooth 4.1, and you can configure each model with a SIM card slot as well, adding in a mobile data option.

Like other Dell business systems, the 5000 Series includes a number of security features, such as hardware-based encryption, along with various configuration tools for enterprise fleets.

Dell's Latitude 11 5000 Series has a lovely screen, great battery life, advanced security and configuration tools, and a very good optional keyboard – along with other useful options, such as the Dell Dock docking unit (for $239).

On the downside, the 5000 Series it isn’t a good performer and at more than $2,600, you can find better bang for buck elsewhere. For its starting price, the 5000 Series only offers an Intel Core m3 processor and 128GB SSD. The Microsoft Surface Pro 4, for example, offers similar specs for around $1,300 less – or a high-performance Intel Core i7 chip and 256GB SSD for around the same price.

Alternatively, if you really don’t need a hybrid, Dell’s XPS 13 laptop is cheaper and offers much better performance across the board, as well as Dell's gorgeous InfinityEdge display.

Still, the Dell Latitude 11 5000 will find a place in many businesses, and for good reason. If you’re looking for secure, enterprise-grade hybrid devices for your business, it’s well worth considering.