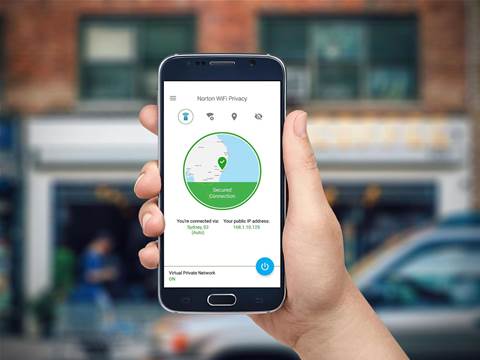 Virtual private networks (VPNs) are probably best known among the general public as a way of circumventing geo-blocks – to gain access the US version of Netflix, for example.

But another important use is to make sure others cannot eavesdrop on your network traffic, something that's quite easy to do with open Wi-Fi connections.

Although most reputable sites now protect their login pages – and sometimes the entire site – by using HTTPS, an eavesdropper can still see the URLs involved. And some 14 percent of popular Android apps fail to encrypt their network traffic, according to Mark Gorrie, director of the Norton business unit in the Pacific region for Symantec.

According to research carried out for Norton by Symantec, 78 percent of those surveyed use public Wi-Fi and 63 percent think their personal information is safe when they use it.

While 53 percent know about VPNs but don't use them, more than a third of those people say that's because they don't understand how to do so.

And that's where the new Norton Wi-Fi Privacy comes in. The app is available for Android and iOS, and when activated sets up a VPN connection to the most appropriate Symantec server (located in 13 countries including Australia, US and Canada).

This makes the network traffic effectively invisible to eavesdroppers, and the service also filters out advertising trackers.

When the service was piloted around 12 months ago, it became clear that people wanted to use a VPN operated by a trusted brand as well as being simple to use, according to Gorrie.

Symantec says it does not log, track or store users' online activity.

A one-year, single-device subscription to Norton Wi-Fi Privacy costs $US29.99 for Android or $46.99 for iOS for one device. There are no data limits and no advertising, unlike some other VPN services. Norton offers a free trial (seven days on Android, 30 days on iOS, and it seems the way it works is that you have to subscribe to use the app but the fee isn't collected if you cancel before the end of the trial).

Multi-device subscriptions and support for Windows and OS X are "definitely on the roadmap," Gorrie said, and are probably coming later this year although the company has not yet committed to that timing.