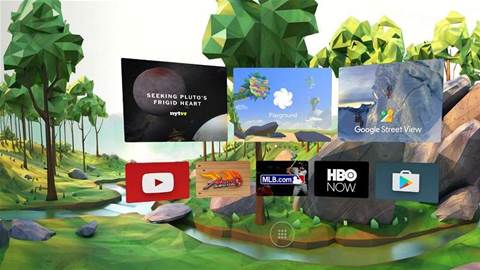 Google's next mobile OS will include a VR platform that may allow businesses to offer more immersive experiences on customers’ smartphones.

Virtual reality is currently causing a stir in the games and entertainment worlds but it has great potential for businesses too.

Real estate agents, for example, are already providing 360-degree photo galleries, and it’s not a huge step from this to offering VR property tours. Virtual reality stores, events, training and travel tours are other potential applications.

Google has already invested heavily in VR, having launched Google Cardboard a couple of years ago. Cardboard is a cheap way to enjoy – or offer – VR experiences. The user simply slips their smartphone into an inexpensive cardboard (or plastic) headset to view a VR app – and it's surprisingly effective.

There are already more than 50 million Cardboard-ready Android apps and a Cardboard app for iOS. While most of the apps are games, developers are offering businesses relatively affordable VR marketing campaigns that include custom Cardboard headsets and apps.

Now Google has announced Daydream, a VR platform that will be built into Android N, the next version of its mobile operating system. Google says Daydream will build upon the design principles of Cardboard but will introduce new standards of VR hardware and software.

Google was a little coy about who will be releasing the first Daydream-ready VR headset, but we do know it will be released this spring.

Google has put some guidelines in place for headset designs, including plans for an impressive orient-sensing VR controller to help you interact with your VR world without the need for external sensors and wires.

As you can imagine, making VR work on a mobile phone means you won't be able to run this on just any phone you like. Currently, Google has confirmed partnerships with the likes of Samsung, HTC, Asus and Huawei, and it looks as if the first wave of Android N flagship phones should be able to utilise Daydream tech.

It's not a simple process to become Daydream-approved either, with Google putting stringent guidelines in place to ensure that every phone running Daydream is capable of hitting the minimum specifications needed for a comfortable and immersive VR experience.

Android N will be optimised to run in a VR mode. Device performance will increase and the user interface will change to make using VR far more comfortable when dealing with notifications and non-native VR apps.

Meanwhile, businesses can already start offering customers their own Cardboard headsets and VR apps created by the likes of VRPANOS.