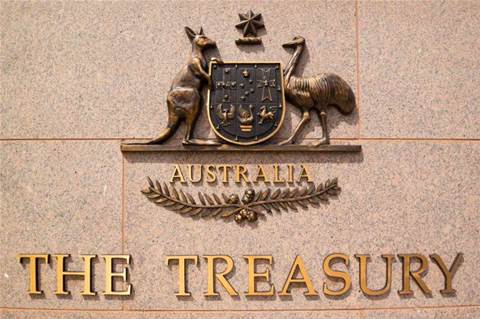 Trying to make sense of all the varying reports on the Federal Budget? We break it down to the key changes for small businesses and start-ups.

Small businesses appeared to be a key focus of the 2016 Federal Budget, although at least one measure that a lot of us were hoping for – the extension of the immediate $20,000 asset write-off beyond 2016-17 – failed to materialise. On the whole, however, it was mostly pretty good news for small businesses.

Redefining 'small business' to mean one with a turnover of $10 million rather than $2 million will be welcomed by the owners and managers of those that currently exceed the limit. It does simplify the tax requirements (which should translate into reduced professional fees), and being able to prepare accounts on a cash basis rather than accruals can make them more realistic.

For example, a business might carry out a small number of lengthy projects during a year with customers typically paying several months after completion and suppliers insisting on much shorter terms. Having to pay GST in the quarter that an invoice was issued rather than when payment was actually received can be an additional strain on cashflow.

More to get the 20K write-off

Perhaps most importantly, the expanded definition of small business widens access to the $20,000 immediate asset write-off. But, as MYOB CEO Tim Reed said: "The Government should consider making this a permanent feature to better support the economy."

While it’s important to match expenses with income, many capital items purchased by small businesses depreciate more quickly than the official schedules allow (laptops and vehicles, for example), and that leads to another situation where tax is being levied before the income is actually received. The hoped-for extension of the write-off beyond 2016-17 did not materialise.

The modest tax cut for small businesses (again, under $10 million turnover) will also be welcomed from the traditional perspective of the owner's hip pocket. It makes sense that the government is making a corresponding adjustment for unincorporated businesses, but it’s hard to understand why the turnover limit for those was set at $5 million, rather than the $10 million for incorporated businesses.

Mind you, choosing to run a $5 million business without the protection provided by incorporation might be an 'interesting' decision.

Furthermore, as the National Australia Bank pointed out: "The benefits to [unincorporated] business of the reform are, however, limited by the retention of the current annual cap of $1,000 per individual."

In addition, MYOB’s Reed said: "The plan to cut the company tax rate to 25 percent is an excellent one, however the timeline could and should be shortened. It's like SMEs have been given a terrific present but told it is coming in pieces and they can't open it up for a decade."

Simplifying BAS and other changes

Some commentators welcomed the simplification of the BAS, but is it really that big a deal? Whether you do your own bookkeeping or pay someone else to do it, the norm for all but the smallest businesses is that the job is done with software, and not having to transcribe a few figures isn't much of a saving.

The move to treat Bitcoin and the like as currencies rather than tangible assets (so GST will not be payable on transactions involving the exchange of real and digital currencies) will be beneficial for some businesses. It's still not clear how long it will be before accepting digital currencies is as common as accepting credit cards, but we're not holding our breath.

What’s in it for start-ups

There doesn’t appear to be much in the Budget to help someone starting a traditional small business, but if you have an idea that might take the world by storm, the changes aimed to encourage external investors may help.

The Australian Computer Society agreed. "With the growth of innovation and entrepreneurism we are seeing many more small businesses entering the market, the changes announced in the budget will no doubt be welcomed by many. It is important that we create an environment that encourages innovation and this reform is a part of that," said Australian Computer Society president Anthony Wong.

"The announcement this morning that the Senate has supported reforms to tax arrangements for early stage investors and venture capitalists demonstrates that the Parliament understand the importance of innovative businesses."

StartupAUS, the peak advocacy body for start-ups, was less impressed. "The reality is that there is more new money in this budget to help mining companies prospect for resources ($100 million) than to help create a supportive environment for our best entrepreneurs to build a high-growth technology company in Australia," said CEO Alex McCauley.

"It's hard to see Australia as genuinely committed to transitioning to a 'modern economy' if its key spending priorities are shipbuilding, rail, and un-targeted business tax cuts. That won't be lost on those watching our progress closely, both here and overseas."

The boost to the New Enterprise Incentive Scheme can only be a good thing, with an additional 2300 NEIS places available to help young job seekers start their own businesses.

In addition, there’s the new Youth Jobs PaTH scheme, comprising training in "basic employability skills", four to 12-week internships (with a $1000 payment to the employer), and simplified wage subsidies of up to $10,000 over six months.

Hopefully, the PaTH scheme will help more young people get into work. The danger is that some employers might misuse the scheme by setting up a revolving door of short-term subsidised workers, but ultimately that’s likely to be counter-productive. Generally, it’s not until workers are trained and have some experience in the job that they become really productive.

What are your thoughts on the Budget? Are the tax cuts and other measures likely to help you employ more people? If you run a small business, we’re keen to hear from you in the comments below.