How to get better value without changing your phone provider 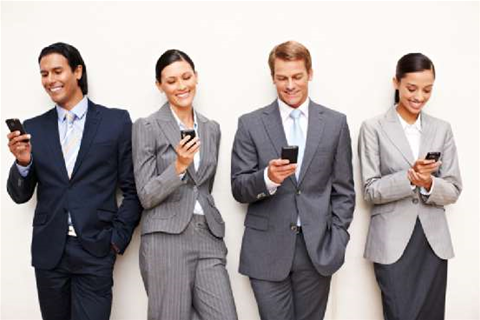 It pays to check whether your ISP or phone provider has introduced new plans that may be a better fit to your requirements than the one you're currently on.

Over the last few years we've heard from several small businesses that discovered they were paying more than they needed to, because since they last picked a plan their ISP or phone company had introduced new plans that cost less, included more, or both. The problem was that the company hadn't told them about these new options.

Sometimes moving to a new plan is a no-brainer (providing you don't mind starting a new contract), but in other circumstances you may need to give it some thought.

An example of the latter situation are MyNetFone's recently introduced Plus plans for its business customers using either the virtual PBX service or a SIP trunk.

The 'Plus' is that these plans include calls to mobiles as well as those to local and national fixed lines. They are more expensive than their predecessors - for example, the '2 Line' plan that includes 250 local and national calls costs $50 a month, while '2 Line Plus' with 250 local, national or mobile calls and 250 SMSes (via MyNetFone's MyText service)  is $99.

MyNetFone CEO Rene Sugo told BIT that while the Plus plans are more expensive, by including mobile calls they provide businesses with more predictable costs.

MyNetFone's NBN and DSL broadband plans have been upgraded with additional data at no extra charge, Sugo added.

Regardless of your ISP, if you've been with the same provider for many years and you haven't been automatically switched to a new and improved plan then a few moments spent checking what's currently available can pay dividends. We've heard reports of price reductions around 25% coupled with significant increases in the monthly data quota.

Another phone example concerns those still on a legacy Vodafone  plan that is strictly pay-as-you-go: no monthly fee, just charges for each voice second and SMS. If they're spending more than $30 a month, it's pretty easy decision to switch to the $30 Ready Business plan that provides unlimited national calls and unlimited SMSes.

Another benefit is that Vodafone's current plans include the $5 a day international roaming feature which means that when visiting selected countries your voice, SMS and MMS usage are covered as if you were still in Australia. Effectively, the first call or message in a day costs $5 and the rest are free.

The main danger is that this plan includes 500MB of data with any excess use charged at $10 per gigabyte, so some self-control may be required.

So even if you're happy with the service you get from a carrier or ISP and don't want to move to a different company, if you've been on the same plan for years there is often room to find a better deal.