Can you rely on cloud software? 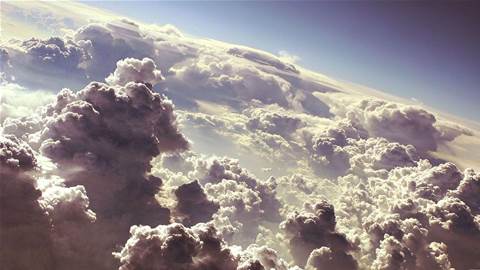 Running software in the cloud is becoming increasingly common. But can you rely on it?

There are several advantages to cloud software. Perhaps the most significant is that you're not tied to a particular computer or device. But will you be able to use it when you need it most?

Generally speaking, the availability of cloud applications is quite high.

Microsoft says Office 365 had at least 99.95 percent uptime during 2015 (99.98 percent during the second half). That translates to a bit more than four hours downtime a year - half a day's work if it happened all at once.

We asked MYOB and Xero about their uptime. Xero has achieved 99.99%, but MYOB said it does not make the information available.

Google provides a public dashboard showing any interruptions to its various applications. For example, so far this year Google Docs has suffered two interruptions, one on 26 January lasting around 90 minutes, the other on 1 February that was fixed within five minutes or so. Both of these were "disruptions" rather than "outages", which seems to mean that not all users were affected.

But how does an issue result in a service being "disrupted" rather than causing a complete outage? People sometimes suggest cloud represents a return to the time-sharing model that was common in the 60s and 70s when even medium-sized businesses struggled to justify the cost of owning their own computers. While there is some truth to that, there are important differences.

In particular, any specific example of cloud software doesn't run on one big computer. Instead, it runs on multiple computers, often in more than one location. So most hardware failures only affect a subset of users. Furthermore, new versions of the software are typically deployed progressively, and if the first users of an update encounter a severe problem that did were not detected and fixed during testing the rollout can be stopped until the bug has been fixed. (At least one cloud software provider has said it doesn't normally roll back to the previous version in these circumstances, preferring to restart the rollout with a new update that includes the fix.)

Adopting cloud software does mean even greater reliance on your internet connection. Some cloud software makes provision for offline use (eg, the Docs, Sheets and Slides components of Google Apps optionally support offline access on Android and iOS devices as well as computers running the Chrome browser), but that's not always the case.

So it may be appropriate to look at redundant connections. That could be as simple as using the data service on your mobile phone as a backup if your fixed line internet service fails. But if you want to keep multiple computers connected, it is worth considering a router such as the D-Link DWR-925 (several other generally similar products are on the market) that includes failover from the usual ADSL/cable/NBN connection to 4G.

It makes sense to use different mobile and fixed-line providers for this purpose. After all, this month's Telstra outage affected mobile and ADSL services. Remember that only three companies operate mobile networks in Australia: Telstra, Optus and Vodafone. Any other brands use one of those three, so check which it is before making a choice, and make sure it provides a decent signal on your premises.

Cloud availability is somewhat like a chain, and we all know that a chain is only as strong as its weakest link. That can be ameliorated by replacing single links with multiple links. Cloud providers already do that behind the scenes, and as mentioned above you can use the software on pretty much any computer or mobile device that you have to hand. Add redundant internet connections, and you're pretty well covered. Even if your office suffered a power cut you could still get those all-important invoices out from a phone or a tablet.