Do you need to upgrade or update your software right away? (Part 2) 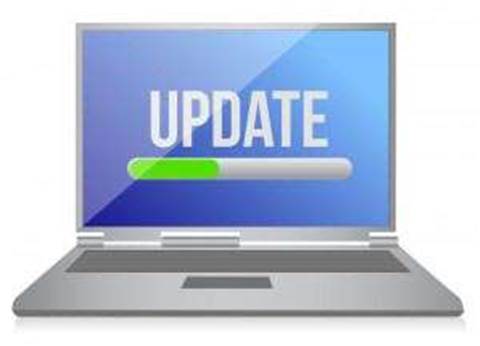 When a major new version appears of a program you use in your business you don't usually need to rush to buy and install it.

In part one of this article  we looked at the issues around timing the installation of software updates. Picking the time to upgrade from one major version to another is a separate matter.

Some small business owners are very keen to take on the latest technology - and the risks of doing so are arguably smaller for sole traders and other microbusinesses compared with more substantial enterprises - but most don't want to be among the early adopters.

As an owner, it's your responsibility to check that the advantages of the new software provide productivity or other benefits that outweigh the disruption to the business and the cost of acquisition. (NB: if you settled on a subscription licence instead of the traditional perpetual licence then upgrades are normally included at no extra charge.)

New software is often released with bugs that are known to the vendor. What happens is that once a release date is announced, there has to be an extremely serious flaw before a delay is considered justifiable. So there's a school of thought that says you should never install version X.0.0 of any product - wait at least until the X.0.1 update - or even X.1.0 - is released.

If you pay a consultant or service provider to look after the nuts and bolts of your IT, they may well prefer this strategy. That's particularly true if they are on a retainer or other fixed-price arrangement, as it's likely to reduce the risk of time-consuming troubleshooting and rectification.

Whether you are inclined to fast-track or slow-track a particular upgrade, it generally makes sense to schedule it for a relatively quiet time. You probably don't want to worry about installing and getting used to new software at the same time as opening a second shop, coping with the pre-Christmas rush, taking on seasonal staff, preparing your tax return, and so on.

But there are times when your hand is forced.

Perhaps you've purchased a new computer, and it can only run a newer version of the operating system than that on the rest of your fleet. In turn, that OS may be incompatible with the version of an application that's already in use. Furthermore, the older version of the program may not be able to open files created with the new one, triggering an across the board upgrade. (Maybe it would have been better to buy an older computer model instead...)

Or you want to reap the advantages of a certain mobile app, but it's only compatible with a newer version of the desktop software you're using.

Vendors don't keep supporting old versions for ever, and you're taking a risk by continuing to use software that is no longer being patched when security vulnerabilities are discovered. A lot of code tends to survive from one version to the next, so it's quite possible that a vulnerability revealed in a current version also applies to older ones, and that provides a signpost for the people that want to gain control of your computer or steal your data.

There's always the possibility that your customers or suppliers will adopt the new version before you planned to. Depending on your place in the pecking order, you may have no choice but to upgrade urgently. If you run a print shop that offers more than basic services it's probably inadvisable to turn away customers with Photoshop CC 2015 files just because you haven't got round to installing anything later than Photoshop CC (the 2013 version).

Which brings us to our final point: the longer you leave updates, the harder it becomes to get from where you are to where you need to be.

As we mentioned, if you skip too many versions it's possible that the latest will be unable to open files created by the one you've been using. A similar problem can occur if your application was taken off the market but you continued to use it for several years -  what appear to be suitable replacements might not be able to read that old file format.

Furthermore, the more time that passes, the more changes have to be made in one go, and that generally means more disruption and angst for you and your staff. People seem to have become used to the way services such as Facebook make relatively frequent but minor changes rather than the way software has traditionally come in 'big bang' releases every year or three that deliver radical changes.

So it's a balancing act. You don't need to upgrade your software as soon as a major version is released, and in some situations you can get away with skipping a generation. But leaving it too long between upgrades is just storing up trouble for yourself.