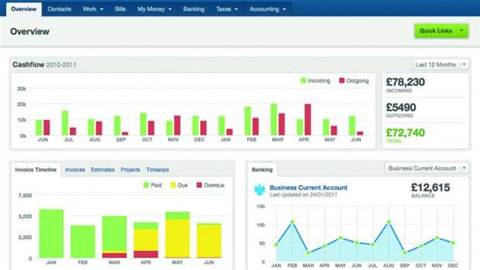 After a career as a pilot, founding a financial software business isn't a traditional next step, but the idea took off like a rocket

From Top Gun to tax returns: it doesn't sound like the most thrilling of career paths. Yet, for fighter pilot turned FreeAgent CEO Ed Molyneux, plunging into the accountancy software business was as much a leap into the unknown as anything he did when in the cockpit of an RAF Harrier. Molyneux admits that he and his two co-founders were “absolutely clueless about accounting” when they first had the thought that there must be a simpler way for small businesses to manage their finances and decided to solve the problem themselves.

Eight years later, FreeAgent's fortunes continue to climb skyward. In 2013, Deloitte ranked FreeAgent as the eighth fastest-growing tech business in the country, having posted 2,128% revenue growth over the previous five years. Since then, the company has increased in number by almost half, now employing 73 people at its Edinburgh headquarters and supporting more than 40,000 paying subscribers.

The company's journey to success provides some unusual insights into how to build a software business that stands apart from the rest of the market – and even more surprising revelations about what it's like to be dependent on the co-operation of a government department with as fusty a reputation as the Inland Revenue.

Molyneux didn't leap straight out of the cockpit and into his own accountancy software business. He graduated from Oxford with an engineering and computer science degree before joining the RAF, and set himself up as a “one-man-band technology consultant” immediately after leaving the Air Force.

It was while working as a freelancer that Molyneux discovered how desperately difficult it was for micro- sized businesses to keep their financial affairs in order. “I had to set up a limited company and run that, and the financial-management part was a bit of a train wreck,” he admits. “I had an accountant who'd give me a spreadsheet. I'd fill that in – mostly – and wouldn't have enough money set aside for my tax bill.”

Molyneux was “looking for a project to get my teeth into” at the time, and so decided to try to make juggling cash flow easier for himself – and the millions of freelancers and small-business owners in the UK. He wrote the first version of what was to become FreeAgent in the summer of 2006, and by 2007 he and his two co-founders – Olly Headey and Roan Lavery – decided to make a business out of it. “We all came from contracting and freelancing backgrounds and we all agreed it was crazy how things [such as tax returns] were being done at that time. Of course, if you're in software you know there's one thing you can do and that's build something to fix it, and that's what we did.”

Good at writing software they may have been, but Molyneux and his partners certainly didn't have the accountancy expertise required to pull together a piece of software that could calculate National Insurance contributions and the like. Yet Molyneux regards that asa strength, not a weakness. “If you understand the problem and you have a technical background, you can get some really clear insight into the solution,” he said. “If you're a businessperson who gets the problem, but doesn't have a technical background, you never know whether things are hard or easy.

“One of the real advantages we had when we started out was that we were absolutely clueless about accounting,” he said, with sincerity. “It's actually a real strength. We laid out the interface  based on what we wanted. Now we have this packed timeline, so you get this chronological list of when all the deadlines are and what the projections of the liabilities are. Of course, at the time we didn't realise that you need to build a double-entry accounting engine, nor model every aspect of VAT for small businesses and every aspect of income tax and corporation tax. We filled in the gaps as we went along.

“If we'd started out knowing much about accounting, we'd have probably built something that looked like the products that were already out there,” he claims.

Although FreeAgent eventually relied on the expertise of trained accountants, it wasn't a shortage of financial know-how that was the company's biggest problem, but finding sufficiently skilled software engineers to grow the business. “Good engineers are the hardest of all to hire,” said Molyneux. “We're in Edinburgh. It's not a centre for engineering or computer science businesses. For the first couple of years, we kind of wished we were in London.” 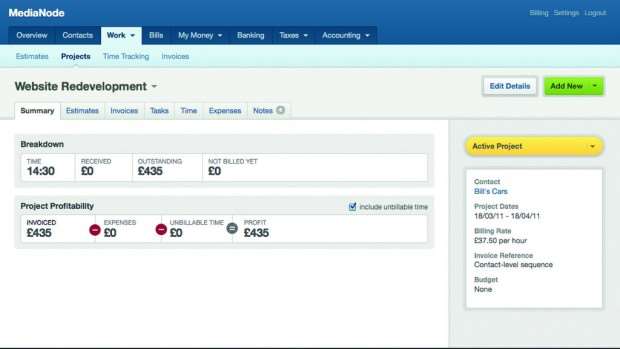 Now, however, he's glad the company decided to stay put. Talent is starting to emerge from the local  universities, and convincing good candidates to move to Edinburgh has become easier. “We're not competing with the Silicon Roundabout, high-churn, sexier product companies that we would be if we were in London,” he said. “When we get people up here, we really do hang on to them." Neither does the company outsource development, claiming the quality of the software is dependent on having different teams working closely with one another. “We need engineers to be sat next to an accountant, or a support member of staff or a designer, to get the best out of them,” said Molyneux.

One of the biggest dependencies in FreeAgent's business is the Inland Revenue. FreeAgent's software automatically fills up to 90% of the electronic tax return for sole traders, but achieving that requires the close co-operation of Her Majesty's Revenue and Customs. Anyone who's had to fill  in that hateful electronic form might assume that dealing with HMRC would be more painful than having wisdom teeth extracted without anaesthetic, but Molyneux insists the taxman is very accommodating, offering a “very comprehensive API” for the software companies with which to work.

HMRC is even prepared to disclose sensitive secrets to the software firms. “We talked to HMRC last year, and they were offering to share with us the rules that they're using internally to assess the risk of various different tax returns being submitted to them,” said Molyneux.

That could eventually help FreeAgent tell its customers if what they're about to submit is likely to be flagged as suspicious. “I thought it was extraordinary,” Molyneux added. “[But] they want to reduce their investigations burden, so why not share that?”

Where dealing with HMRC can become tricky is when translating ambiguous tax legislation into software rules that don't result in customers paying more or less than they should. “What's hard is that we need a lot of detail and formality in the way rules are expressed,” said Molyneux. “Sometimes there's room for interpretation. We have to make judgements on how to write a rule into the software, just as an accountant would have to when dealing with a client.” 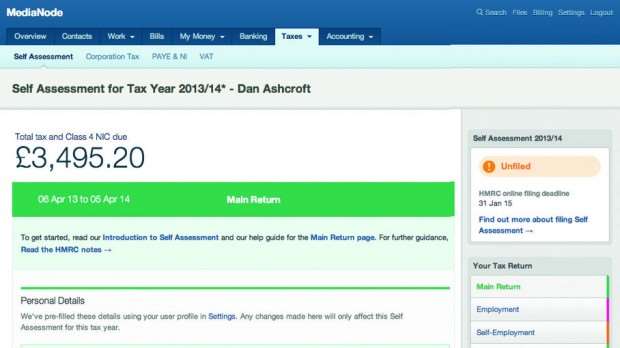 Cutting out the money men?

With UK customers paying more than £200 per year for access to FreeAgent, many may resent having to pay even more to an accountant to check their tax return at the end of the financial year. Does FreeAgent ultimately aim to put the accountants out of business by giving its subscribers the confidence to file for themselves? There's a pregnant pause before Molyneux answers the question. “We work with a lot of accountants as well,” he explained. “It's actually the fastest-growing part of our business, getting accountants to get their clients on FreeAgent.”

Molyneux said that products such as FreeAgent mean the days of throwing a box of receipts, invoices and a few hundred quid at an accountant to file your return are over. People enter the data themselves. However, they do still want that “warm, fuzzy feeling” of having an accountant to check over their numbers, and if that's all neatly formatted in FreeAgent before it's submitted to the expert, it's less arduous and less costly for an individual than before. It's also less of a pain for the accountant, who becomes more of a business advisor than a bookkeeper.

Software that keeps accountants happy? Now that is something...

I have read and accept the privacy policy and terms and conditions and by submitting my email address I agree to receive the Business IT newsletter and receive special offers on behalf of Business IT, nextmedia and its valued partners. We will not share your details with third parties.
Copyright © Alphr, Dennis Publishing
Tags:
accountant dealing or the berkeleytoboston fortybrick lostbag blues edinburgh free agent hm revenue and customs molyneux services the cockpit
By a Staff Writer
Oct 21 2015
4:24PM