Microsoft HoloLens will ship to developers in 2016 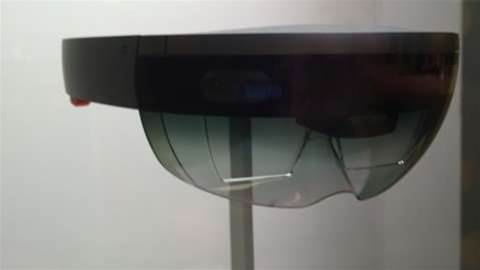 Microsoft's HoloLens is the most interesting product to come out of Microsoft in years. However, until today Microsoft has been rather cagey in regards to price, release windows and even some of the “killer apps” it needs to really become a viable consumer device.

We now know that Microsoft plans to ship HoloLens to developers in the first quarter of 2016. It won't be cheap though, costing a whopping $3,000 per unit. While this price is high, it's worth remembering that Microsoft is a more traditional software and hardware vendor, instead of adopting a low-cost developer distribution system like Oculus VR, HTC or even Sony, Microsoft is charging developers a premium for a flexible unit to create software on.

However, at $3,000 it's clear that Microsoft doesn't see HoloLens being a cheap piece of hardware for consumers. If HoloLens does make it to market in 2016, expect it to cost well over $1,000 on launch.

During Microsoft's HoloLens update it also alluded to a compatible HoloLens controller so you can more clearly interact with the virtual world around you. While it didn't specifically highlight the new handset, in a demo of an exciting new “mixed-reality” game known as “Project X-Ray” the demonstration player was seen holding something that turned into a “wearable hologram”.

Project X-Ray itself also looks like one of the first killer apps for Microsoft's wearable computer. Designed to turn any room in your home into a gamespace, Project X-Ray brings a robot invasion right into the centre of your home, allowing you to blast bots with a hand-held laser cannon.

Interestingly, HoloLens builds the levels around each room in your home, understanding furniture locations to ensure robots climb over them, float around them and really seem believable in the space you're playing in. Needless to say, it was incredible to watch unfold onstage.

While this is merely a concept of how you can use augmented reality to play games, it'll be exciting to see what developers can do when they get their hands on it at the start of next year.