Asus ZenPad S 8.0 review: A taste of the high-end for less 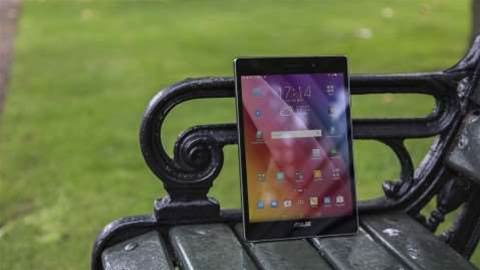 Asus takes a swipe at the high-end compact tablet sector, but the ZenPad S 8.0 falls short in a few areas

Tablets have shrunk from the limelight in recent times. What once was a richly varied, technicolour stream has slowed to a trickle but, despite that, it's becoming increasingly difficult for manufacturers to make their mark. Undeterred, the ZenPad S 8.0 sees Asus attempting to inject a little life into the compact-tablet market – and it looks like it might just be onto something.

This isn't just another generic, budget Android tablet to add to the list. Instead, Asus has set its sights a little higher. With a high-DPI screen, quad-core Atom processor and a healthy smattering of features, not to mention support for an optional active stylus, Asus is confident the ZenPad S 8.0 will convince people.

It's not shallow to say that a premium tablet needs to look good. Here, chrome trim encircles the display, framing the narrow bezels on the edges and the inch-thick borders at the top and bottom of the screen, and the rear is finished with a brushed-metal effect that's bordered on one edge by a strip of faux leather. That might conjure up some pretty horrible mental images, but it's not as bad as it sounds. The ZenPad S 8.0 has a touch of individuality to it, at least. 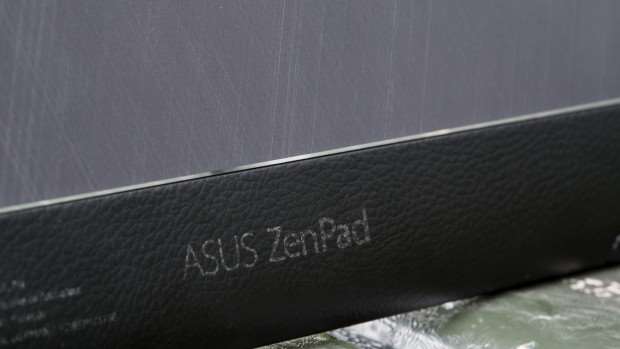 At 319g, this is one of the lighter tablets on the market, but this comes at a price. Since the metallic-looking rear is mere plastic, there's more give in the Asus' frame than I'd like. By comparison, the iPad mini and Nokia N1 are absolutely rock-solid. Still, there are practical sides to the design. The strip of leather adds a little more grip where it's needed, making the ZenPad S 8.0 feel less likely to slip out of your hands.

Asus has made one important tweak to the compact-tablet formula. It's adopted a 4:3 display ratio. That might not sound like cause for celebration, but it is. The ZenPad S 8.0's screen feels far more usable in both portrait and landscape orientations than a tablet with a 16:9 screen. It's a revelation.

Of course, the fact that Asus has upped the display resolution to 2,048 x 1,536 doesn't hurt either. All those pixels crammed into such a tiny frame results in a super-crisp 320ppi display, and first impressions are good – images are lively and teem with detail. 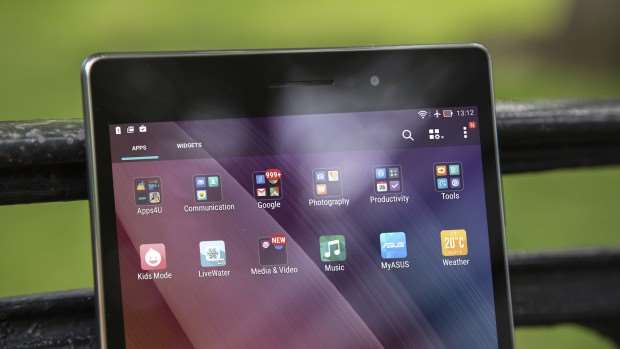 Brightness reaches an acceptable 300cd/m2 with the screen brightness set to maximum, and activating the automatic brightness sensor sees the Asus' screen pump up to 354cd/m2 under bright sunlight. Contrast reaches an impressive 1,574:1, too, but this is misleading – Asus has employed an always-on dynamic contrast feature.

Closer inspection reveals other flaws. Colours aren't as vivid as they could be, and testing revealed that the ZenPad covered a mere 77% of the sRGB colour gamut. That's very slightly better than the iPad mini 2 and 3, both of which covered 71%, but those tablets provide a much more neutral, balanced performance overall. 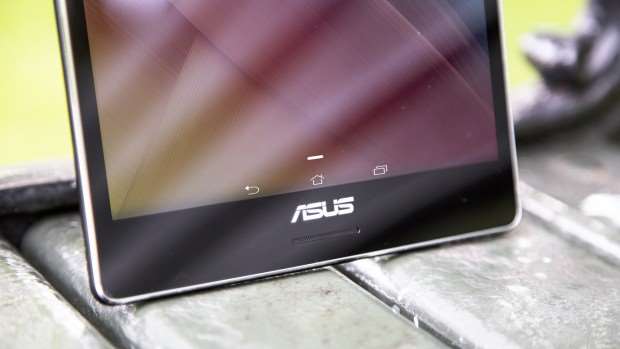 The Asus is disappointing by comparison. Photographs with natural skin tones and subtle highlights look unnatural, and highlights are blown out. Even after tweaking the colour temperature in the Asus Splendid app, it's impossible to achieve a perfectly natural image, primarily because the dynamic contrast feature causes clunky, obvious shifts in brightness as screen content changes.

Inside, Intel's quad-core Atom Z3560 processor takes centre stage, and by and large it does a reasonable job of dealing with Android 5. Scrolling around image-heavy web pages can be a touch juddery – a complaint I've had with a variety of Intel-powered tablets – but generally it feels like a snappy, responsive device.

The Atom isn't powerful enough to crush its rivals in benchmarks, though. The Asus' results of 764 and 2,343 in Geekbench 3's single- and multi-core benchmarks put it behind the iPad mini 2 and 3, as well as slightly behind the Samsung Galaxy Tab S 8.4. Only gaming offers some solace for the Asus, its PowerVR G6430 GPU gaining it a creditable 26fps in the GFXBench T-Rex HD test – slightly ahead of its compact-tablet rivals. 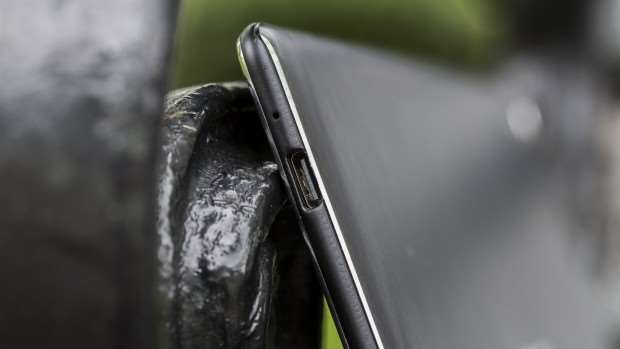 Battery life is a strong point, too. With a 720p movie set to loop indefinitely, Wi-Fi off and the screen calibrated to a brightness of 120cd/m2, the ZenPad S 8.0 lasted 13hrs 51mins. I suspect dynamic contrast is playing its part here, as it aggressively dims the backlight during darker scenes, a trick that gives it a slightly unfair leg up on the competition.

There are some nice additions. You can double-tap the screen to wake the tablet, and ZenUI's Smart Folders attempt to automatically file new apps into neatly labelled folders – something that can come in handy.

The notifications dropdown is no more functional than that of stock Android, and one annoyance is that it forces you to select four of Asus' own mini tools, wasting space that could otherwise be lavished on more useful toggles than screenshots, the Asus AudioWizard settings, clearing the used memory quickly accessing the camera. 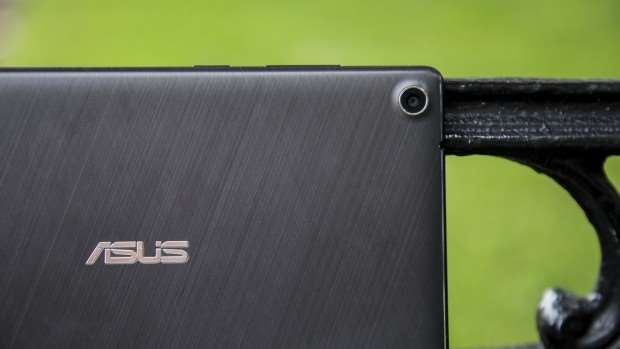 Indeed, the amount of bloatware crammed on the ZenPad S 8.0 is faintly ridiculous – at one point, a notification announced 22 pending updates for preinstalled Asus apps. The last thing anyone wants on their premium tablet is a bunch of apps that they didn't install, although it is possible to remove them to free up space.

The stock Asus Keyboard isn't great, either, and although it supports Swype-style trace typing, I found it far more prone to typos in everyday use. Thankfully, reinstalling the Google Keyboard from the Play store only takes a minute or two.

There are other usability niggles too. For example, the fact the ZenPad S 8.0 supports an optional active stylus is intriguing (although Asus didn't provide us with one for testing), but on occasion the touchscreen didn't respond at all. I had to prod several times before it registered my inputs. It wasn't a regular occurrence, but it was annoying nonetheless; hopefully a software update will fix it. 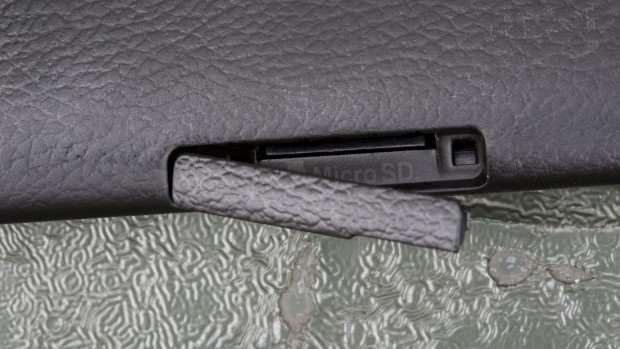 All the essentials you'd expect, and more besides, are here. The latest USB Type-C connection provides both a charging point and, with a suitable OTG cable, the ability to connect external storage and peripherals. A microSD slot makes it easy to expand the 32GB of storage, and both 802.11ac and Bluetooth 4.1 (which includes Bluetooth Smart) come as standard, too.

The pair of cameras are nothing to get excited about. Asus includes an 8-megapixel snapper at the rear and a 5-megapixel front-facing sensor, and both serve up mediocre, underwhelming photos. The grainy low-light mode does its bit to crank up the brightness in poor light conditions, but it's no miracle worker.

The speakers aren't much to write home about, either, and despite the efforts of Asus' AudioWizard app, the sound quality is tinny and uninspiring. The only plus point is that they're front-facing, so don't get muffled by your hands. 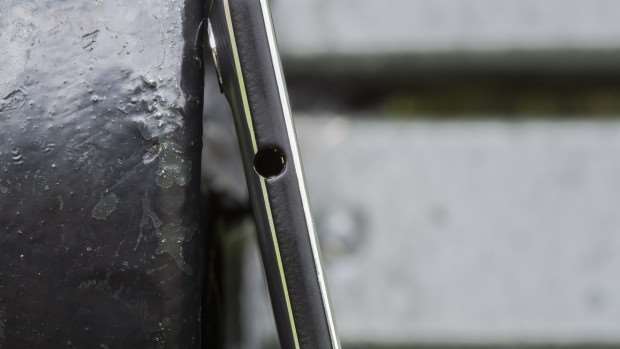 The Asus is far from a perfect package. The sheer amount of bloatware is ridiculous – given the choice, stock Android would make a far better choice. The display's dynamic contrast is incredibly annoying, ruining what otherwise would be a very capable screen. And right now, charging via USB Type-C is more of a hassle than a benefit. Until everyone has a clutch of these new cables lying around, it's a mildly frustrating novelty.

I have read and accept the privacy policy and terms and conditions and by submitting my email address I agree to receive the Business IT newsletter and receive special offers on behalf of Business IT, nextmedia and its valued partners. We will not share your details with third parties.
Copyright © Alphr, Dennis Publishing
Tags:
android android tablet asus display asus dynamic contrast hardware zenpad
By a Staff Writer
Sep 9 2015
5:24PM