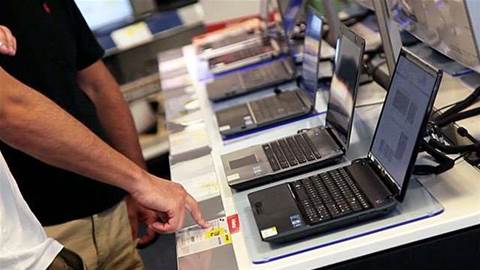 Waiting for the perfect moment to upgrade your IT gear in your business? Of course, there's no perfect moment, but very GOOD moments come up from time to time... and we're in the middle of one right now. Here are five areas worth spending on.

1. Windows 10
We're hearing positive reports from small businesses that have jumped quickly into Microsoft's latest operating system. But some of the features require hardware capabilities missing from older computers. So if you think things such as the Hello face recognition have the potential to improve productivity (or at least security), you'll need to update your hardware as well as Windows.

2. Printers
If the printer sitting in the corner is a real antique, it's possible that you'll quickly cover the cost of a replacement just from the reduced running costs. Current models generally use a lot less electricity, in part through more aggressive power-saving features but also through more efficient mechanisms. This is particularly true for laser printers, but the 'business class' inkjet printers introduced during the last several years have even lower power consumption than lasers and cheaper inks than models aimed at the home market.

3. Scanners
There's a definite move towards the digitisation of paper documents. The growth of mobility is one contributor - you can't easily access something stored in your filing cabinet if you're not in the office - but the amount of space needed for paper is another consideration. Smartphone cameras are convenient for capturing receipts, but for full-page documents you're better off with a scanner, especially one that images both sides at once and has a sheet feed for unattended operation.

4. Phones
While we don't advocate automatically replacing a smartphone every time the contract expires (SIM-only and prepaid plans can provide substantial savings), phones are still improving and you can only hang on to an old model for so long. A serious Android vulnerability was recently revealed, and it is quite possible that older phones will never be fixed. So if you are in the Android camp, we'd suggest buying a phone that comes with Android 5.0 Lollipop, or at least one that the manufacturer has committed to upgrading. If you use your phone with 'for value' apps such as banking, security is really important. For those that prefer iPhones, the general feeling seems to be that it's best to buy fairly soon after a new model arrives, so we'd suggest holding off for another month or two to see what comes along in September.

5. Security
We hope there aren't any BIT readers that AREN'T running security software on their computers, but if there are, this one's for them. Traditional viruses may struggle to get through workaday firewalls these days, but there are plenty of other threats, including fake delivery notes or tax refund application forms that really install malware on your computer, attempts to trick you into parting with usernames and passwords for online services, and malware that sits in the shadows until you use internet banking and then takes advantage of the credentials you enter to spirit your funds away. So install reputable security software on all your computers, and keep it up to date.

Footnote: remember that small businesses can still write off hardware purchases up to $20,000.