Using unlicensed software? You're being hunted. 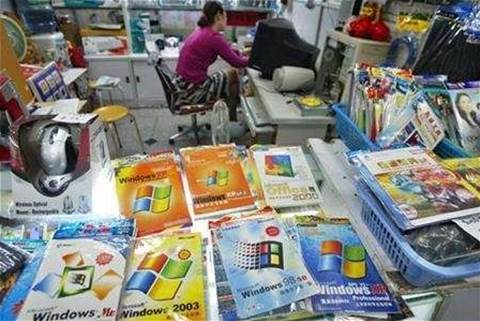 BSA - a trade organisation for software vendors - says it's finding as many instances of the use of unlicensed software as it did last year.

In 2014, BSA settled with 12 businesses over the use of unlicensed software, and has already settled with seven this year.

Since there are something like 2.1 million businesses in Australia, the odds of being caught are quite small - less than the chance of being murdered, for example.

But that's not the right way to look at it. You wouldn't be happy if another business used your stuff without permission and without compensating you, so why would you do that to Adobe, Microsoft or AutoDesk?

BSA likes to warn about the security risks involved in using unlicensed software, but we think that's more relevant to obtaining software from dodgy sources such as torrents than to installing genuine software on more computers than you are entitled. In some cases it is harder to update unlicensed software, so that might be an issue.

But in addition to the underlying ethical aspects, we think BSA is right to point out the PR implications of being caught. Would you want to do business with a company that cheats its suppliers?

It's interesting to note that the main culprits this year are involved in architecture/design, engineering and manufacturing - our guess (BSA didn't say) is that most of the cases involve AutoDesk products such as the AutoCAD range. Compared with most other types of software, there's a degree of 'sticker shock' involved - for example, AutoCAD Design Suite Premium costs $2,370 per year on subscription. Perpetual licences are still available for $6,785 including maintenance, but are being phased out. The high price doesn't excuse unlicensed use, but we can't help feeling that it helps explain it.

"Organisations that knowingly use unlicensed software for commercial gain are getting an unfair advantage to the detriment of the market, and are doing a disservice to their customers and partners," said Roland Chan, BSA's Australia Pacific senior director for compliance programs.

A formal compliance policy and monitoring software are probably overkill for most BIT readers, but it does make sense to do the right thing and also to tell your employees to work within licence terms.

As previously reported, informants are often IT consultants or suppliers or their associates, or former employees.

It seems plausible that a business that doesn't pay for the software it uses might also engage in practices that give former employees and contractors or suppliers reason to be disgruntled.