When should I buy a new computer? 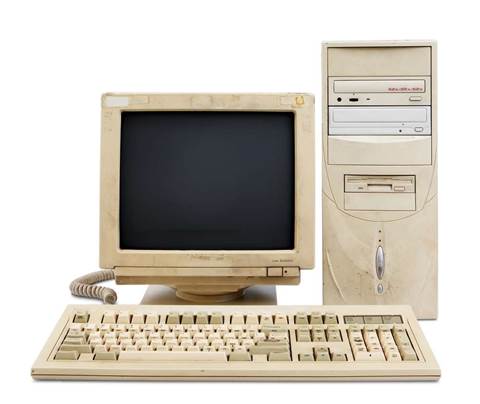 You know the story: your office PC is chugging and the staff keeps whinging about how the tills are too slow or the pay pass system doesn't work properly. It's time to purchase some new hardware. But the question is: when you know "something better" will get released every 6-12 months, when is the ideal time to buy?

There's an investment adage that time in the market is more important than timing the market. While some people take a different view, the basic idea is that there's only a slim chance that you'll pick the optimum time to buy or sell assets, that just missing the top or bottom price makes a big difference, and that you're better off taking a long view and benefiting from capital gains and dividends over a number of years.

While these ideas are usually couched in terms of financial investments - shares, property, etc - they can also be applied to technology purchases.

Sometimes, you simply need to buy a new computer or other device right now. Maybe you've taken on an additional employee so you need an extra computer to allow them to do their job. Perhaps your printer just died and a replacement costs less than having someone look at it with a view to repair. Or your smartphone fell into the toilet.

You probably won't waste time worrying about trying to find the exact model that will meet all your requirements (including reliability) at the lowest cost. Most of the time, most of us use a 'satisficing' strategy - a fancy term for picking something that's good enough, as opposed to laboriously seeking the optimal choice.

So if that ill-fated phone is still current and you were generally happy with it, you'll probably buy the same model again. But if you drop a three-year-old notebook, you're unlikely to do a like-for-like replacement. Instead, you'll address whatever's been bothering you about the old one. By and large, any current model will be faster, but you might want something that's significantly lighter, or has more memory, or features a larger or smaller screen.

But if you're in a position where you can plan a purchase in advance, you have more time to think about exactly what you need and when you should make the purchase.

For those inclined towards a specific manufacturer - Apple is a particularly good example - it makes sense to buy at or shortly after the time a new model appears. That maximises the amount of time between the purchase and the point at which you'll be overwhelmingly tempted to buy a follow-up model.

If you're the type of person that finds it relatively easy to sweat the assets that might not happen for a few years, but at some point there will be a change that forces your hand. Apple's policy of releasing operating system updates on a roughly annual basis along with its apparent policy of only offering security patches for the current and two most recent versions may be the trigger, or perhaps a new version of a program includes a feature that would be extremely useful in your business, but it requires a newer version of the operating system than your computer can run. So buying a computer just before its successor comes onto the market could (note, that's 'could' not 'will') trim a year off its useful life.

The downside of being a 'day one' buyer is that you become one of the guinea pigs that find any teething troubles with the new model. It might be better to delay the purchase slightly to give other people a chance to uncover the problems that might cause you grief.

Don't wait for the next big thing

But the big problem with tech products generally is that there's always something better around the corner. If you wait long enough, there will be a new model that's substantially better or substantially cheaper - sometimes both - than the one you're currently considering. So you need to take into consideration the productivity improvements that you'd miss out on by staying with your existing equipment.

Perhaps you're using an iPad a lot these days, but you don't have a convenient way of printing when you need to. Printer support for Apple's AirPrint system is now fairly common even in low-end models, so a small investment in a new printer could save you a lot of fiddling around. Much the same goes for Android and Google Cloud Print.

Or maybe an old computer used by one of your staff just isn't up to running the current version of a program you rely on, resulting in more work breaks and - perhaps more importantly - poor customer service because enquiries take longer than is acceptable.

That said, practically any recent computer is up to the job of performing most routine tasks, and the growing use of software as a service (cloud services such as Xero) shifts the processing load from your desktop, notebook, tablet or even phone onto the providers' servers. So a 10 or 20 percent performance increase offered by the next model isn't as big a deal as it used to be for most of us, although there are still some functions such as video rendering that use as much processing power as you can throw at them.

What this means is that you can buy Windows desktops and notebooks on price to the extent that if an old model is significantly cheaper than its successor, it's reasonably safe to buy it, providing you take into consideration any changes in the hardware requirements of the software you use. Right now, that includes those of Windows 10, even if you're not planning to be among the first to adopt Microsoft's new OS. While the basic requirements are the same as for Windows 7 and 8, some of the new features have particular requirements (see Windows 10 Specifications http://www.microsoft.com/en-AU/windows/windows-10-specifications).

But it's a different story with smartphones and tablets. Hardware improvements are still happening at a pace that makes each new model significantly better than its predecessor in the same family, and some new apps are developed with the capabilities of current hardware in mind. Furthermore, Android's hardware requirements generally increase with successive major releases, and you're likely to find that security patches don't arrive for older versions - even if Google produces a patch, it may not find its way onto every model from every manufacturer.

So if you like to hold onto your mobile devices for more than a year or two, it's important to choose models that are reasonably close to the leading edge rather than older and cheaper designs. At one level, replacing a $100 device every year is cheaper than buying a $500 model that lasts three years, but that overlooks the time and trouble taken to buy each one. How much is your time - and sanity! - worth?