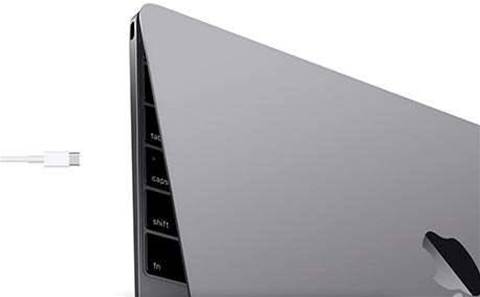 Coming in at just 920 grams in weight, and 13.1mm thick, this is 24 percent thinner than the MacBook Air.

The Force Touch trackpad allows users to access many functions with different range of pressures.

According to a statement from the vendor, "You can even customise the feel of the trackpad by changing the amount of pressure needed to register each click.

"The Force Touch trackpad also enables a new gesture called Force Click, a click followed by a deeper press, for tasks like pulling up the definition of a word, quickly seeing a map or glancing at a preview of a file."

Thanks to its smaller and more dense logic board, incredibly efficient Intel Core M processor, and its display, it is being billed as the most energy-efficient notebook ever.

It also features all-day battery life thanks to brand-new technology.

It comes with a brand new USB-C connector, wich consolidates all ports into one universal connector. It also signifies the first time Apple has adopted a connection standard as its main port, removing its own proprietary connectors to do so.

The new device is available in gold, silver and space grey, the first time Apple has released multiple finishes for the range.

The MacBook will be available direct from Apple and from select resellers on 10 April, starting at $1,799 incl GST for 1.1 GHz dual-core Intel Core M processor with Turbo Boost speeds up to 2.4 GHz, 8GB of memory, 256GB of flash storage and Intel HD Graphics 5300.