The new BlackBerry Classic is on sale from Telstra 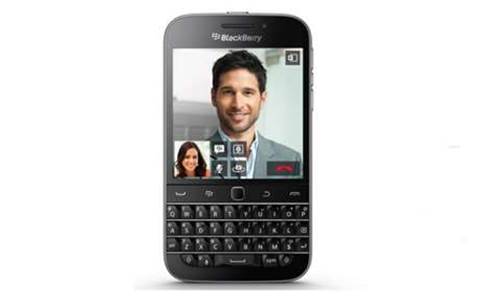 If BlackBerry phones were your favourite in the past, you might be interested in the new BlackBerry Classic that went on sale this week.

If you ask an old-style BlackBerry owner why they haven't upgraded their phone, the answer is usually that they have come to rely on the keyboard and stabbing at a touchscreen just doesn't work for them.

So BlackBerry has launched the BlackBerry Classic, "purpose-built for Australian customers who just want to get things done," according to the company's local MD, Matthew Ball.

The handset features the traditional keyboard and navigation keys, along with a 3.5in square Gorilla Glass touchscreen.

It also includes features of the contemporary BlackBerry experience, including the BlackBerry 10 operating system, BlackBerry Hub to keep your conversations and calendar in one place, a modern web browser, and BlackBerry Assistant "with voice and text commands to help users manage work and personal email, contacts, calendar and other native BlackBerry 10 applications."

Apps are available from BlackBerry World and Amazon Appstore.

On the hardware side, BlackBerry claims up to 22 hour battery life in "a mixed usage scenario." Specifications include 2MP front and 8MP rear cameras, 16GB of storage (you can add a microSD card for up to 128GB of extra storage), and a 1.5GHz Snapdragon processor plus 2GB of memory.

This isn't the first BlackBerry 10 phone with a keyboard. Two years ago, BlackBerry announced the Q10, though our reviewer preferred the Q10.