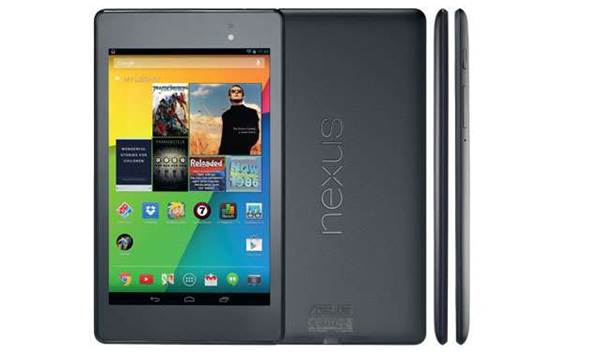 It’s been almost a year since we proclaimed Google’s Nexus 7 as the king of the compact tablets. Since then, high-performance compacts such as the Apple iPad mini with Retina display, the Amazon Kindle Fire HDX 7in and Samsung Galaxy Tab S 8.4 have emerged to challenge its dominance.

In the face of such stiff competition, we were left to wonder whether it could weather the storm, or wilt into irrelevance. It turns out it isn’t as clear-cut as it was when it first appeared, but the Nexus 7 is still the best buy in the compact sector.

Design and display
At 290g, it’s the lightest tablet in this Labs, and it’s a mere 8.5mm thick. Although many of the tablets in our Labs can now match the Nexus 7’s slimness – the iPad mini and Galaxy Tab S 8.4 shave off even more, with profiles measuring 7.5mm and 6.6mm respectively – no compact tablet here can match its beautifully understated design.

Clad in rubberised, soft-touch plastic, the back panel is completely black, and at 114mm wide it’s comfortable to grip one-handed. Build quality is rock-solid, particularly for such a delicate-looking device, and that rubbery rear gives it a hardy, shock-absorbent feel.

Flip over the tablet and you’ll be struck immediately by the Nexus 7’s brilliantly illuminated 1,200 x 1,920 IPS screen, which is the brightest display in this group. We measured the LED backlight’s maximum luminance at a huge 459cd/m²; outside, on a blazing-hot sunny day, the screen remained totally legible.

We were also struck by the clarity and sharpness of the high-resolution screen. The 323ppi pixel density, in conjunction with the bright screen and perfectly competent contrast ratio of 997:1, means that video, text and photographs look stunning.

Core specifications and performance
The Nexus 7’s core hardware is still competitive, but it’s starting to show its age. In our benchmarks, the 1.5GHz quad-core Qualcomm Snapdragon S4 Pro still managed to outperform the lower-quality and middle-of-the-pack tablets in our roundup, but it fell short of the heavy hitters. It completed the SunSpider JavaScript test in 1,000ms, a time that’s beaten by all but the Vodafone Smart Tab 4 and the Tesco Hudl. It’s a similar story in the Geekbench 3 tests, where the Nexus 7 finds itself languishing in the bottom half of the table.

Gaming capability is better, but it still isn’t brilliant. A GFXBench T-Rex HD result of 15fps beats the Vodafone and Tesco tablets’ scores once more, but it’s a fair way behind the iPad mini’s 21fps and the Kindle Fire HDX 7in’s 22fps.

Benchmarks don’t tell the full story, however. We noticed no significant slowdown or lag in general use, and the lower-power hardware helps the Nexus 7 last longer away from the mains than any other tablet. Indeed, its time of 13hrs 3mins in our battery test outstripped the nearest competitor – the Galaxy Tab S 8.4 – by almost an hour.

Software
That’s all before you consider the most important factor in the tablet’s enduring success: its status as an official Google product.

This has two key benefits. First, it runs a clean version of Android, unmolested by the kind of proprietary add-ons and apps with which many other manufacturers bloat their tablets. Second, the Nexus 7 receives every Android update as soon as it’s released – usually months before other manufacturers bother to update their products. Along with the Nexus 5 smartphone, the Nexus 7 will be among the first clutch of devices to receive the Android L update when it arrives this autumn; and if you can’t wait, you can install an early beta.

The tablet’s ports and connectivity options are a mixed bag. There’s the standard 3.5mm audio jack and micro-USB charging point, which can output video via a SlimPort cable, but no microSD slot or infrared transmitter.

There’s Bluetooth 4, and for an extra $100 (over the standard 32GB model) you can purchase the Nexus 7 with LTE. There’s no 4G option, however, and Wi-Fi is dual-band 802.11n rather than 802.11ac. The 5-megapixel rear and 1.2-megapixel front cameras produce slightly noisy – yet still sharp – snapshots, and video capture is restricted to 720p.

Verdict
The Nexus 7’s lead over the market isn’t what it once was: rival budget tablets can now beat it on performance, and tablets at the premium end of the market are significantly better equipped.

Despite its age, however, the Nexus 7 still provides the best balance between price, design, performance, features, screen quality and battery life. And with no word yet on when a successor might arrive, there’s scope for this excellent tablet to remain relevant for some time to come.