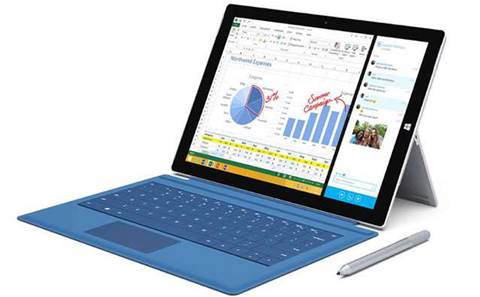 A new firmware update for the Surface Pro 3 promises to fix the Wi-Fi problems that have affected early adopters of the new tablet.

Some Surface 3 owners reported problems with Wi-Fi suddenly becoming unavailable, only returning after the tablet was rebooted.

A firmware update released earlier this summer reportedly resolved the situation for many users, but a further update released this week again claims to improve the reliability of the Wi-Fi and Bluetooth drivers.

Also on the fix list are updates for the UEFI "BIOS", and tweaks of the embedded controller and system aggregator firmware, all of which will allegedly improve overall system stability.

The Surface Pro 3 is Microsoft's latest, and most convincing, stab at the hybrid laptop/tablet device. It may represent the final opportunity for Microsoft to make the form factor stick, with the Surface currently running at a huge loss for the company.

I have read and accept the privacy policy and terms and conditions and by submitting my email address I agree to receive the Business IT newsletter and receive special offers on behalf of Business IT, nextmedia and its valued partners. We will not share your details with third parties.
Copyright © PC Pro, Dennis Publishing
Copyright © PC Authority, nextmedia
Tags:
3 hardware pro surface
By Barry Collins
Sep 19 2014
6:30PM