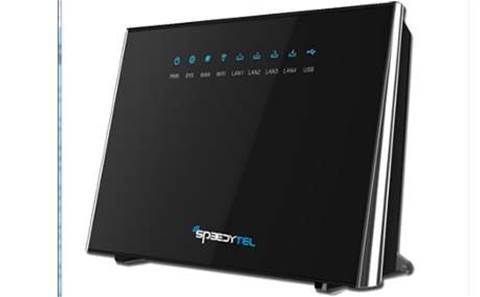 This SpeedyTel PBX is a compact wi-fi router and voice-over-IP PBX that can accommodate up to 16 telephone extensions.

The SpeedyTel PBX220 is a $129 carrier-agnostic, compact wi-fi router and voice-over-IP PBX that can accommodate up to 16 telephone extensions. The vendor, Speedytel, has an exclusive deal with PCRange in Australia.

"The PBX220 is perfect for smaller SOHO and home users who need a few extensions rather than a [full] corporate PBX," said Raaj Menon, chief executive of distributor PCRange.

Menon said that the entry of the "PBX-in-a-box" was the first time Speedytel had been available in Australia.

"Speedytel's hardware allows the customer to use any VoIP carrier they like, such as our own SIPTalk service, to get the cost and convenience benefits of VoIP telephony."

Calls made purely over IP – in which both parties are on VoIP – are free, while calls to analogue networks are provided via a low cost internet telephony service provider.

Handsets can be connected to the PBX from anywhere in the world and the system offers telephony features such as "high definition communication protocol, voicemail, IVR support, music-on-hold, and voice-conferencing capacity for as many as eight parties".