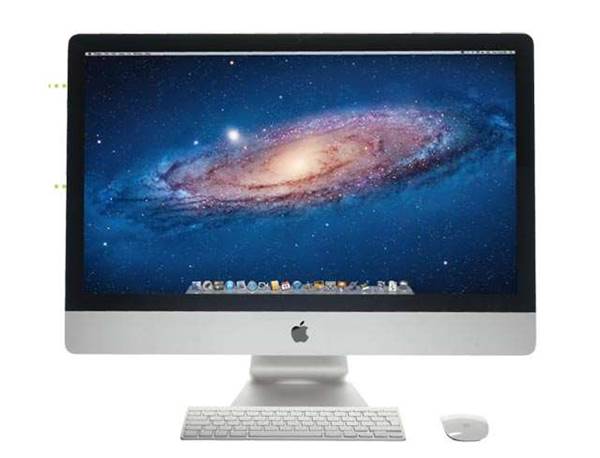 After last year’s iMac redesign, Apple has stuck to the tried and tested in 2013. As such, this year’s iMacs are little more than a refresh, with a handful of upgrades.
The most obvious change is the inclusion of new Intel Haswell CPUs. Haswell’s prime attraction is energy-efficiency – there’s no big step-up in raw performance – with the main beneficiaries being improved battery life for laptops and tablets.
Newsletter Signup

I have read and accept the privacy policy and terms and conditions and by submitting my email address I agree to receive the Business IT newsletter and receive special offers on behalf of Business IT, nextmedia and its valued partners. We will not share your details with third parties.
Still, results from the 3.4GHz Core i5-4670 model were impressive. With the help of 8GB of RAM, it's score in our Real World Benchmarks is comparable to the 3.4GHz Core i7 Ivy Bridge iMac we tested last year.
Accompanying the upgraded CPU is an updated 1TB Fusion Drive, with its 128GB SSD now connected via PCI Express rather than mSATA, and a similarly improved Nvidia GPU. This time it’s an Nvidia GeForce GTX 775M instead of the GTX 680MX, and it produced impressive average frame rates in our gaming benchmarks, with 56fps at Full HD resolution and Very High quality settings.
As is the norm for Apple products, the iMac remains the most visually alluring all-in-one on the market. Its smooth, silver metal back is gently rounded and terminates in an ultra-thin, 5mm edge. It’s a triumph in minimalist design.
The star of the show remains that beautiful 27in, 2560x 1440 IPS display. In tests with our X-Rite colorimeter, the results were similar to last year’s model, with superb colour accuracy, a contrast ratio of 904:1 and a brightness of 407cd/m2.
There’s dual-band 802.11ac Wi-Fi, Bluetooth 4, four USB 3 ports, two Thunderbolt ports, Gigabit Ethernet and a 3.5mm audio jack.
As an annual update, this year’s iMac 27in looks a little underwhelming. It’s also more expensive than before; if you want a Core i7, it will cost you $250 more. So while it remains the most accomplished, desirable all-in-one desktop machine on the market, you’ll need deeper pockets than ever to afford one.
Verdict
The new Apple iMac is a formidable all-in-one, with updated Haswell internals, but at an even higher price. Read the review.
Performance
Features & design
Value for money
Overall
Specs
$2689 AUD
(pricing info)
Copyright © PC Pro, Dennis Publishing
Copyright © PC Authority, nextmedia
Tags:
27in apple hardware imac review
By Bobby McPherson
Jan 22 2014
12:31PM