Website and email hosting service to be shut down 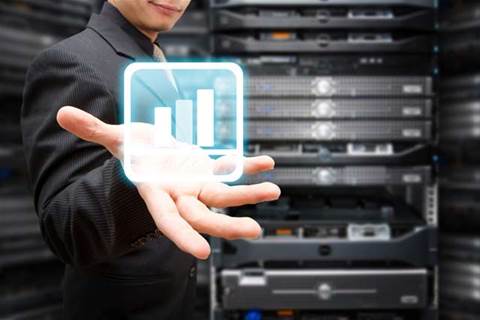 Free hosting for websites and email offered to Victorian charities will be shut down as of 31 January, 2014.

A free website and email hosting service offered for several years by the Victorian Government to as many as 5,000 charities and community groups in Victoria will be shut down.

The hosting forms part of the Vicnet service operated by the State Library of Victoria, alongside IT training, project management and web design services.

Support for the websites and emails will be switched off as of 31 January, 2014.

A spokeswoman for Victorian arts minister Heidi Victoria explained to iTnews that the decision reflects changed market conditions which have made cheap or free web hosting much more easily available, and left "all but a fraction of Vicnet user accounts lying dormant".

"Services once provided by Vicnet - because of a lack of alternatives - are now provided widely and more cost effectively by a broad range of free online services," she said.

But for Marcus Godinho, CEO of Fareshare – a charity which redistributes unwanted food to the homeless – the decision means he will have to divert his attention to finding a private sector benefactor to fill the gap.

“Its going to be a real blow to charities across Victoria.

“We will have to raise our fundraising efforts to cover the cost. Alternatively, we might find a company willing to provide these same services on a pro-bono basis," he said.

Fareshare is already the beneficiary of in-kind support from local IT firm Unico.

“Our charity gets no ongoing funding from government so every bit of pro-bono help is useful,” added Godinho.

The Labor opposition has decried the decision in the Victorian Parliament.

Shadow arts minister Lisa Nevillesaid the impact will be “felt by many small, local organisations that rely on the contributions and generosity of volunteers”.

“It is vital that this decision to abandon this highly valued service is reversed by the government, for the benefit of thousands of Victorian volunteers, their organisations and the broader community,” she said.

The government has suggested that affected groups turn to free blogging platforms as a cost effective alternative.

"Vicnet customers are able to access services that are available for free in many instances or for a very nominal fee in others. Free services such as Blogger and Wordpress allow users to easily host and create content for no cost," said a spokesman from Minister Victoria's office.

In the meantime, the State Library will assist its former customers in data transfer and other migration-related tasks in the lead up to January, and will redirect web traffic and mail until May.

It says it has negotiated an alternative deal with WebCentral for paid services that groups can sign up to if they so wish, but insists that it has gained no financial benefit from channelling new customers to the provider.

It will continue to support other Victorian libraries and historical societies via a new hosting arrangement.