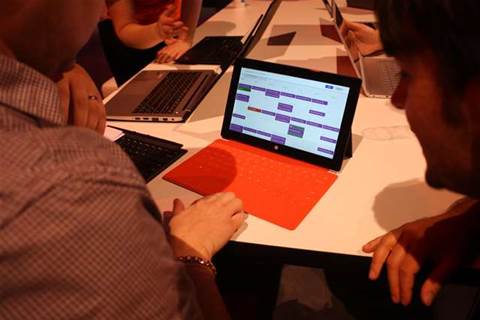 Here is some bad news if you were considering updating your Windows Surface RT tablet with the new Windows RT 8.1 update.

A word of warning for anyone with a tablet running Microsoft's Windows RT operating system - Microsoft has taken the new Windows RT 8.1 update off the Windows Store following reports of bricked or inaccessible Surface tablets.

In one case, the editor of prominent web site Mashable tweeted that the RT 8.1 update had rendered his tablet unusable.

The withdrawal of Windows RT 8.1 was announced by a Microsoft staffer on the company's Answers community website:

"Microsoft is investigating a situation affecting a limited number of users updating their Windows RT devices to Windows RT 8.1.

As a result, we have temporarily removed the Windows RT 8.1 update from the Windows Store.  We are working to resolve the situation as quickly as possible and apologise for any inconvenience.  We will provide updates as they become available," a Microsoft employee said.

It's not known how many devices have been bricked by the Windows RT 8.1 update, and at the time of writing Microsoft had not issued any workaround or tools to restore them.

The error appears to be caused by a boot configuration problem. Devices can be "un-bricked" by using a USB recovery drive to start up the Surface RT tablet and then using the bootrec command line utility to repair the system disk boot record, according to the Kick That Computer blog which has posted detailed instructions for rescuing tablets killed by the Windows RT 8.1 update.