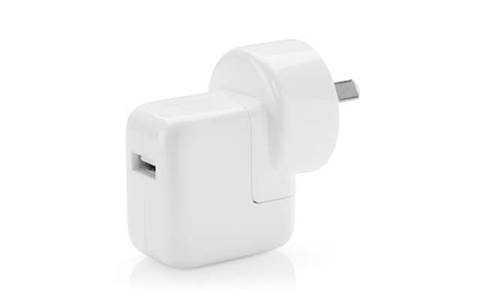 If you're worried about the safety of your aftermarket iPhone, iPod or iPad charger you'll be able to swap it for a genuine charger for $14 from August 16.

Owners of an aftermarket iPhone, iPod or iPad charger in Australia will be able to walk into an Apple store and swap it over for a genuine charger for $14 from August 16.
This is $11 less than the normal price of $25 and is limited to one adapter for each iPhone, iPad and iPhone you own.
Newsletter Signup

I have read and accept the privacy policy and terms and conditions and by submitting my email address I agree to receive the Business IT newsletter and receive special offers on behalf of Business IT, nextmedia and its valued partners. We will not share your details with third parties.
Here is a link to the USB power adapter takeback program that will run until October 18.
There are reports that an iPhone user in China was killed by an electric shock when using an iPhone that was plugged into a charger.
The Apple web site states: "Recent reports have suggested that some counterfeit and third party adapters may not be designed properly and could result in safety issues." The site states that "not all third party adapters have an issue...".
Copyright © BIT (Business IT). All rights reserved.
Tags:
adapter apple australia charger hardware ipad iphone ipod swap usb
By Krishan Sharma
Staff Writers
Aug 12 2013
11:37AM