Microsoft launches a 256GB Surface Pro in the USA, Japan but Australians have to wait 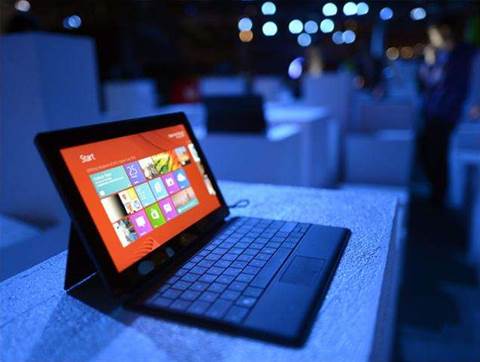 The new 256GB Microsoft Surface Pro tablet offers improved performance, but there is no word yet on when it will be available in Australia

If you've had your eye on Microsoft's new Surface Pro tablet, you might be interested to know that a 256GB model Surface Pro is reportedly available in the United States and Japan.
No announcement was made by the software giant as to when the larger capacity model will be making it’s way to our shores, if it all.
Newsletter Signup

I have read and accept the privacy policy and terms and conditions and by submitting my email address I agree to receive the Business IT newsletter and receive special offers on behalf of Business IT, nextmedia and its valued partners. We will not share your details with third parties.
It’s possible that Microsoft is slowly phasing the 64GB model out altogether and positioning the 128GB as the new base model with the 256GB Pro rounding out the top end.
This is precisely what Microsoft has done in the Japanese market where the 128GB and a 256GB options are the only available options for the Pro, leaving the 64GB model out of the picture entirely.  It will be interesting to see whether Microsoft follows suit in the Australian market.
It’s worth noting that the Surface Pro is expected to get an upgrade at some point this year, with the new 4th generation Intel chip.
Aside from a boost in graphical performance, the big plus with Intel’s newest processor is a substantial improvement in energy efficiency, with some laptops equipped with the new chip reported to have almost much better battery life in comparison to previous models.
A criticism leveled at the Surface Pro by some reviewers is its lackluster four hour battery life.
With a new CPU on the horizon and the release of a 256GB model in the USA and Japan, some Surface Pro buyers might be forgiven for being tempted to hold off their puchase until Microsoft reveals when and if these new models will go on sale in Australia.
Copyright © BIT (Business IT). All rights reserved.
Tags:
256 256gb hardware microsoft surface tablets
By Krishan Sharma
Jul 3 2013
8:56AM