Are you going to use Windows 8? 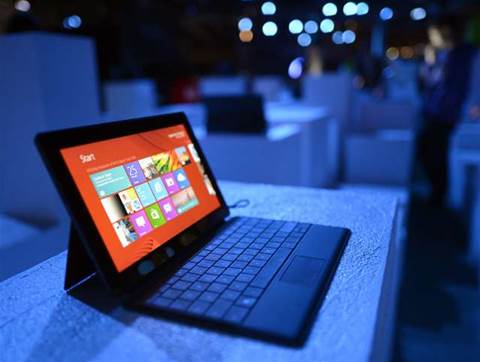 We'll be speaking to Microsoft today about upgrading from old versions of Windows. Have any questions you want to ask?

The reason we ask is we'll be speaking with Microsoft today about people who are still using old versions of Windows. If you've got questions about Windows 8 then let us know.
No doubt many people haven't given it a second thought, but that will change as the end date for XP support gets closer and people inevitably upgrade to new computers.
Newsletter Signup

I have read and accept the privacy policy and terms and conditions and by submitting my email address I agree to receive the Business IT newsletter and receive special offers on behalf of Business IT, nextmedia and its valued partners. We will not share your details with third parties.
Right now Microsoft is warning that if you're sticking with Windows XP you've got a "ticking time bomb". Read why below.
It will be interesting to see how happy people are with Windows 8, which has rubbed various technical enthusiasts and early adopters the wrong way with its new look. Just look at these unhappy comments and articles like this one about the different look and lack of the familiar Start button in Windows 8.
In our opinion there's no question Windows 8 is going to be a bit of a shock for some people, because it looks different. But as more people heed the call to upgrade, people who just use their computer to get a job done, will they care?
We've pointed out that we'd be much more interested in moving to Windows 8 on a tablet computer than a desktop. If you want to be able to show-off Powerpoint presentations or access certain Windows programs you need for work and you like the idea of doing it on an easy-to-carry tablet computer, then Windows 8 makes more sense.
On the desktop computer, there's more to Windows 8 than just the new look, though some people can't get past their frustration with the way Windows makes you switch between a screen full of apps and a screen that looks more like Windows 7.
We've noted here that last year Microsoft was recommending a  "side-by-side" approach for some businesses, whereby they run Windows 7 while evaluating Windows 8.
Will you be happy to use Windows 8 on your next computer, or have you decided you'll be avoiding it - perhaps by sticking with Windows 7?
Add your comment below.
Copyright © BIT (Business IT). All rights reserved.
Tags:
8 software upgrade windows xp
By William Maher
Jun 19 2013
1:55PM